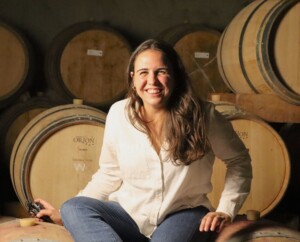 Reyneke Wines, situated in Stellenbosch and the industry’s only certified biodynamic producer, has appointed Barbara Melck as winemaker. She replaces Nuschka de Vos, who departed towards the end of last year having been incumbent since December 2015.

Melck has previously served as assistant winemaker for Vinimark since July 2016, working across various cellars in the portfolio, including Twee Jonge Gezellen. She completed her BSc in Viticulture and Oenology in 2014 at Stellenbosch University, following which she spent time working at Simonsig, Rupert & Rothschild, Wind Gap and Morgenhof.

Vinimark’s Rudiger Gretschel remains Reyneke Wines cellarmaster, with owner and viticulturalist Johan Reyneke continuing his involvement in the biodynamic and organic cultivation of the farm’s crop.

A lasting insight after a recent visit with Johan Reyneke of Reyneke Wines is that while organic farming is good in that it seeks to promote environmental sustainability as a...

The Organic Shiraz Cabernet Sauvignon 2019 from Reyneke hugely over-delivers at R90 a bottle. Grapes are sourced from across the Western Cape, one portion directly from the Reyneke plantings in...

Reyneke Wines in Stellenbosch is an increasingly celebrated producer, the standard-label Syrah championed by many as offering exceptional quality relative to price. What of the current-release 2018? Winemaking involved 30%...