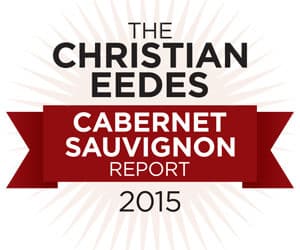 With the Christian Eedes Cabernet Report 2015 set to go public at 16h00 this coming Wednesday, we thought it would be useful to highlight some changes from previous years.

Firstly, we have a new sponsor in the form of Derek Prout-Jones, a private investor and wine enthusiast and better known as “DPJ” (Twitter handle: @DPJ1963). A long-time friend of the South African wine industry, he is delighted to be involved with this year’s Cabernet Report.

Secondly, we have dispensed with both the 20-point/Five-Star rating system and a “Top 10”. We feel that the 20-point system is too vague and does not provide enough flexibility or comparability and have hence switched over to the 100-point system which is increasingly standard practice around the world.

The “Top 10” meanwhile was an artificial means of conveying the best wines in the line-up – there may be more or less deserving of special attention in any given year. Instead, all wines scoring 90-points or more will now be celebrated.