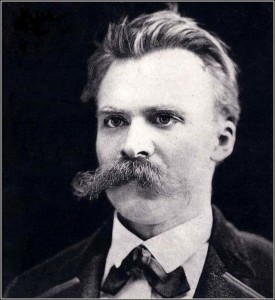 “What doesn’t kill you makes you stronger,” is perhaps the most quoted aphorism of the 19th century German philosopher Friedrich Nietzsche, which seems just a little too pertinent right in the middle of the Coronavirus pandemic.

What will remain of the South African wine industry after this health crisis has passed? “What the industry will run into is a cashflow drought in June, July and August… The smaller wineries, the premium, interesting ones – we risk losing a lot of them. The numbers are severe. Without assistance, we could lose 60 to 80 wineries, which will be a catastrophe. We need huge collaboration to navigate through this,” Rico Basson, MD of producer body Vinpro said during a recent webinar hosted by the Real Business of Wine initiative. It must also be pretty nerve-racking for medium-sized enterprises who relied on the on-trade to soak up stock rather than utilizing a database of loyal private customers as many of the more boutique operations are able to do.

“Whoever fights monsters should see to it that in the process he does not become a monster. And when you look long into an abyss, the abyss also looks into you,” was another of Nietzsche’s observations. In bleaker moments, it’s easy to view Coronavirus as a calamity of unprecedented severity but of course it is not. The death toll to date is approximately 218 000 whereas the 1918 influenza pandemic (or “Spanish flu”) resulted in an estimated 50 million deaths and World War Two anywhere between 70 – 85 million. The development of a vaccine is hopefully not too far off and even if this doesn’t come about, then we will surely find ways to prevent infection as with HIV.

For those of us in the wine industry, the plight of restaurants, a sector so intimately related to how we do business, is particularly striking. Oh, how they are currently missed but of course they have not always been with us. They arose in 18th century France and were given particular impetus by the revolution in that country which saw the abolition of artisanal guilds as well as the former cooks and servants of the deposed aristocracy seeking new employment.

In an outstanding essay written for the New York Times and published on 23 April, Gabrielle Hamilton of East Village restaurant Prune writes: “Everybody’s saying that restaurants won’t make it back, that we won’t survive. I imagine this is at least partly true: Not all of us will make it, and not all of us will perish. But I can’t easily discern the determining factors, even though thinking about which restaurants will survive — and why — has become an obsession these past weeks. What delusional mindset am I in that I just do not feel that this is the end, that I find myself convinced that this is only a pause if I want it to be? I don’t carry investor debt; my vendors trust me; if my building’s co-op evicted me, they would have a beast of a time getting a new tenant to replace me. But I know few of us will come back as we were. And that doesn’t seem to me like a bad thing at all; perhaps it will be a chance for a correction…”

Many have compared living in lockdown to Groundhog Day, the 1993 movie Bill Murray as Phil Connors, a TV weatherman who, during an assignment covering the annual Groundhog Day event, is caught in a time loop, repeatedly reliving the same day. This, as Nietzsche acolytes will know, is actually a riff on the doctrine of eternal recurrence which holds all events will repeat themselves again and again forevermore. Nietzsche posits the concept of the Übermensch or “overman” as someone free from the conventional moralities of human society and able to embrace eternal recurrence on the basis that he has the strength of will to take responsibility for every moment in his life and to wish nothing more than for each moment to be repeated.

Due to Coronavirus, the South African wine industry is at a low point and in all probability even worse lies ahead. However, it is an industry with a history dating back to 1659 and is nothing if not resilient. The ability to pivot, to embrace the new and to join forces is innate – think how far we’ve come since the political transformation. We’ve done it before and we can do it again. And it is a comfort of sorts that financial institutions are unlikely to foreclose on farmers in many instances because vineyards are a more valuable asset with said farmers to tend them than without – lifestyle estate developments will be on hold for the meantime, you would think.