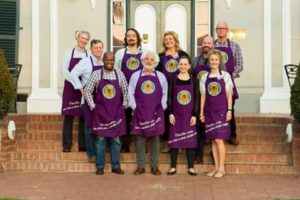 During the judges’ feedback session after formalities had been concluded at this year’s Old Mutual Trophy Wine Show, the remark was made by Philip Constandius, winemaker at Oldenburg Vineyards in Stellenbosch, that it appeared those officiating appeared to value wine purity above all else. What place for “funky” , then?

It’s a good question.  If purity is what matters most, then how to accommodate more unconventional wines? As Constandius contended, an inoculated wine was almost always going to produce something more clean and unadulterated than a wine which had undergone spontaneous fermentation.

There is no question that over the history of the competition, South African fine wine has been on a steep improvement curve but as ever, we need to be clear on what separates the merely good from the great.

Time and again during the feedback session, the judges praised how deftly both acidification and oak management was handled but these are matters of winemaking and are relatively easily wrought whereas our real challenges going forward surely lie in the vineyards.

The fundamental structural challenges of firstly leaf-roll virus and secondly long-term drought cannot be ignored. Cabernet Sauvignon might still be our third most planted variety, white or red, but the ongoing decline in plantings over the last while is not hard to understand – alcoholic ripening either outstrips phenolic ripening making for brutish wines or it simply never gets near any sort of ripeness at all…

Going forwards, we need to take inspiration from less predictable regions than Bordeaux although when it comes to replantings, it is difficult to know how a financially constrained industry is going to undertake this. Funding will have to come from outside but where precisely?

When it comes to what’s in the bottle right now, it has to be said that there are much fewer outright faulty wines in evidence than 10 or 15 years ago and this is obviously something that must be celebrated. Our winemakers are more technically correct than ever before but now it becomes a matter of intention and I would argue understatement trumps overstatement.

There are still too many wines that are super-ripe, super-extracted and super-oaky and I suspect this stems in part from a particular notion of what constitutes a “premium” wine. Top-end producers might be divided into two broad groups, the first being those who make wine as luxury good intended to appeal to an affluent but not very wine knowledgeable market sector and the second being those who make wine as cultural artefact, the intention being to express the connection between variety and site in a memorable way. No prizes for guessing who applies the “might is right” approach…

Back to the concept of “purity” and how best to understand it. Purity might well be considered shorthand for fruit integrity (which makes for concentration and structure in the end-result) and whether your winemaking approach is by the book or free-style, good wines will have more fruit integrity than average wines.

What I would suggest elevates a wine to outstanding rather than merely good is when it causes an emotional reaction, which is to say a visceral sense of excitement. To do that wines don’t necessarily have to be perfect as perfect can be boring. Winemakers and critics alike can be inclined to be too much on their guard against fault which means we reward and uplift the mechanically sound rather than something that stirs the soul. You might say that the very greatest wines are simultaneously both pure AND funky but you don’t come across these every day.