Tim James: Are we closer to wine listing its ingredients? 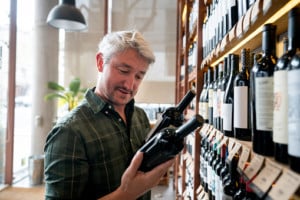 It’s an issue that is never too far from the official wine lover’s list of gripes. Now, according to a recent interesting article on wine-searcher.com, the European Union is moving closer to requiring wine to list its ingredients, like food already must – something which would presumably also apply to imports from other countries. Though whether the list would have to be on the bottle itself, or available via, say, a QR code, seems uncertain as yet. Expect enthusiastic support for the idea from the new-wave minimalists and “natural wine” producers, and huffy opposition from most of the bulk producers as well as, for example, those grand cool-climate wine producers who like chaptalizing their pinot and chardonnay while sneering at warm-country winemakers who add acid. (But does added sugar that’s transmuted into alcohol count as an additive? More on that below.)

To my knowledge, there’s only one local wine with what purports to be a list of ingredients on its label: Testalonga El Bandito, the skin contact version. The list is short: “Made with grapes”, the label declares, as it always has done.

In a sense, that declaration, implying that nothing else went into the wine, can be seen as a challenge to other wines to make an equivalent statement. Wine still benefits, I think, from its image of unprocessed naturalness, as the simple product of harmonious agriculture – certainly compared with many “industrial” products, whose manipulation is taken for granted. But in many cases it’s far from the truth, as would be witnessed by labels which contained an honest and complete list of additives. And that list is potentially long – and differing somewhat between jurisdictions. Permitted additives in South Africa number (by my recent count) 68, from acacia/arabic gum to yeast mannoproteins, via such commonalities as tartaric acid, sulphur and enzymes and such ad hoc rarities as gold flakes. Some are permitted only for specific types of wines.

You’d think that it would be a comparatively simple matter to legislate about (always leaving aside the question of honest compliance and the role of tests). It’s by no means clear just how many wine drinkers actually care what’s in their wine, any more than most people care greatly, or know, what’s in their food (I opened my fridge and looked at the stuff there, and I couldn’t begin to guess what additives were in in – it’s all listed, though: a packet of bacon contained, apart from pork, water, salt, various phosphates, sugar, sodium erythorbate, curing agents and sodium nitrate; I had no idea). But many do care, as I blushingly agree we all should, and they would surely expect use of any of the permitted additives to be listed.

Trouble is, not all of those additives exist in the finished wine – some of them temporarily assist processes. Add sulphur or tartaric acid, and it remains in the wine; but things like fining agents are removed once they have done their jobs. I asked Rudiger Gretschel, Vinimark’s production director and someone extremely sussed about the chemistry of wine, and he confirmed this, adding that it is a very difficult subject, with a lot of grey areas. As he said, a vegan buying a wine labelled as vegan would be concerned if gelatine had been used as a fining agent, however completely it had disappeared from the final product.

And that sugar added to your splendid burgundy to enrich it, raising its alcohol level – additive or not? Wood essence yes, wooden barrels no, woodchips maybe? Concentrated grape must to add some sweetness to a co-op wine in South Africa – additive or not? Some of these things are very tricky to rule on (and it seems that the sugar question in relation to the proposed labelling regulations is one area of argument). Europe already categorises substances allowed for wine production as either additives or processing aids.

A case could certainly be made that genuine transparency would require notification of all “unnatural” processes (including mechanical ones like reverse osmosis) or additives. I suspect that is never going to happen, and probably never could, given that auditing methods are nowhere adequate to check up on substances that can’t be detected by analysing the wine in the bottle; unless the producer declared that gelatine had been used, how could a concerned vegan ever know?

But it does look possible that what the law discriminates as additives rather than aids to processing will soon need to be listed. And if South Africa’s major wine market prescribes, could we be far behind?