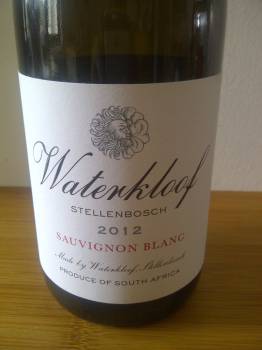 There’s nothing middle of the road about Waterkloof in Somerset West, least of all its flagship Sauvignon Blanc. The 2012 vintage has just been released ( R155 a bottle) and it’s as quirky as ever. The entire property is farmed according to biodynamic methods (with certification under way) and the Sauvignon comes from two 17-year-old vineyards bearing approximately two tons a hectare. In the cellar, the wine underwent spontaneous fermentation in old 600-litre barrels, the process taking over a year to finish.

The result is confounding, at least for me. Lime, green melon, a touch of blackcurrant but also vague yeasty and bruised apple notes. Sweet, rich and broad although tangy acidity does provide something of a counterpoint.

Waterkloof’s proposition with all its wines but particularly this one is minimal intervention in the winemaking process in order to let a sense of place come to the fore. I do wonder, however, if a little more human intervention in the cellar might not be a bad thing.