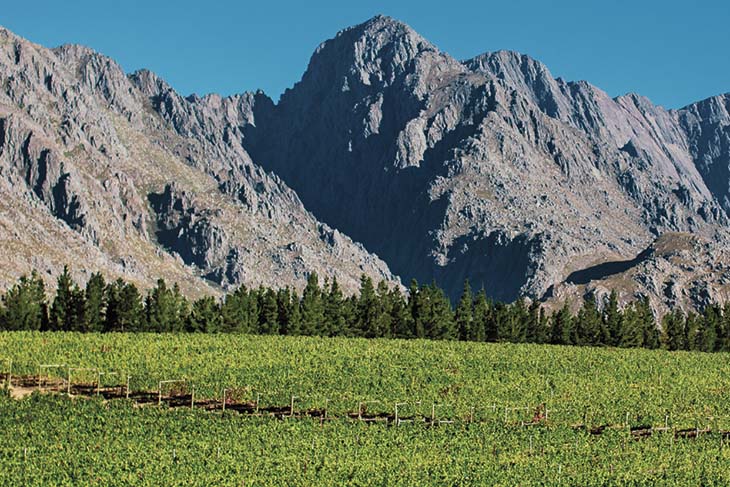 Winemag.co.za has undertaken a detailed examination of the Chardonnay category on an annual basis since 2010 and this year’s findings in the form of a report sponsored by multinational financial services company Prescient are now out.

Out of the top 10 (five rating 93, four rating 94 and one rating 95), five are from Stellenbosch, three were from Elgin and one each from Ceres Plateau and Hemel-en-Aarde Ridge.

De Grendel was overall top performer with its Op Die Berg 2018 being the wine to pick up the highest rating of 95. The Durbanville cellar with Charles Hopkins as head winemaker is enjoying an impressive run of form, its Elim 2017 coming up trumps in the Shiraz Report and its Op Die Berg 2017 likewise in the Tonnellerie Saint Martin Pinot Noir Report earlier this year.

What does top chardonnay go for these days?

The average price of the 52 wines to rate 90- plus is R162 a bottle while the average price of the top 10 is R233 a bottle. Of particular interest to those wine lovers on a tight budget would be the Stellenbosch Vineyards Unwooded 2018, this wine selling for R90 a bottle and placing among the top 10 with a rating of 94. There were also another three wines under R100 that each scored a straight 90, these being Durbanville Hills 2018 at R69 a bottle, Meerhof 2018 at R70 and Nederburg The Winemasters 2018 at R75 (prices are ex-cellar and as supplied by the producer at the time of tasting).

Unwooded entries are not tasted separately as we believe fruit integrity rather than winemaking technique is what matters most when it comes to determining quality and in addition to the Stellenbosch Vineyards wine mentioned above, another example to catch the eye was the Sans Chêne 2018 from Kruger Family Wines with a rating of 92.

For the first time ever, there were two examples of bottle fermented sparkling wine entered (the rules do not exclude this method of production so an entirely legitimate entry) and of these, the panel particularly liked the Blanc de Blancs 2016 from Durbanville Hills for its elegance and verve, rating it 91.

The general state of chardonnay

As for the general state of the category, the panel was concerned to note that quite a few of the 2018s looked unduly developed and it is hoped that we are not facing the “premature oxidation” phenomemon that beleaguered white Burgundy not so long ago. Over-ripe fruit due to drought/global warming, excessive stirring of the lees, lower levels of sulphur dioxide and poorly performing corks are all factors to consider in this regard. That said, they were also wines that were excessively reductive (exacerbated by being closed under screwcap in some instances) and once again, it is clear that achieving winemaking perfection is no easy matter.

One other explanation concerning how the 2018s showed might simply be vintage variation – it may be that growing conditions were a tad less favourable than they were in 2017 and there’s nothing more to the matter than that. And before 2018 gets too bad a reputation, it’s worth noting that seven of the top 10 are from this vintage so evidently some producers were able to work around whatever challenges the year posed.

More generally, Chardonnay is an extremely important category within the industry – it is the seventh most widely planted variety, total area under vineyard amounting to 6 660ha, the equivalent of 7.16% of the national vineyard and because of its well established credentials around the world, the best examples are able to demand a price premium and ensure profitability that so often eludes producers. The Chardonnay Report, now in its ninth year, hopefully helps steer the category in the right direction and in this regard, Prescient’s involvement as sponsor is greatly appreciated.

The judging panel was chaired by myself, Christian Eedes (editor, WineMag.co.za) and further consisted of two trusted colleagues, namely Roland Peens and James Pietersen, both of Wine Cellar, Cape Town merchants and cellarers of fine wine. We tasted blind, ratings done according to the 100-point system. Final scores were awarded on the basis of discussion that involved retasting where necessary rather than relying solely on arithmetic averaging.

The best chardonnay of 2019

As always, we welcome your thoughts in the comments below.

For the report in PDF format, download the following: Prescient Chardonnay Report 2019

In conjunction with multinational financial services company Prescient, Winemag.co.za is pleased to announce the ninth annual Chardonnay Report. Wines will be tasted blind by a three-person panel consisting of Christian...

The eighth annual Chardonnay Report sponsored by multinational financial services company Prescient is now out. There were 117 entries from 81 producers and these were tasted blind (labels out of...

In conjunction with multinational financial services company Prescient, Winemag.co.za is pleased to announce the eighth annual Chardonnay Report. Wines will be tasted blind by a three-person panel consisting of Christian...