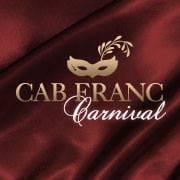 The Top Six will be available for tasting at the Cabernet Franc Carnival at Avontuur Estate on 19 May at one of three tutored tastings at 11h30, 13h00 and 14h30 respectively. Only 20 persons per tasting. The tasting will be presented by Christine Rudman. Tickets for the Carnival can be bought from www.plankton.mobi at R220 pp or R250 at the gate.