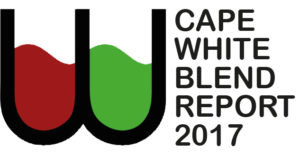 winemag.co.za is pleased to present the second annual Cape White Blend Report – in order to be eligible, wines had to contain a Chenin Blanc component of more than 15% and less than 85%.

38 entries from 31 producers were received and these were tasted blind (labels out of sight) by the three-person panel, scoring done according to the 100-point quality scale.

winemag.co.za is pleased to announce the third Cape White Blend Report, the focus being wines with a significant Chenin Blanc component, specifically greater than 15% but less than 85%. Wines...