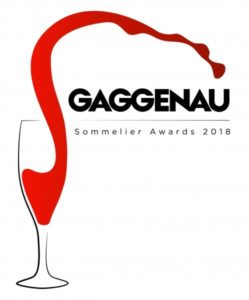 Gaggenau South Africa, the local division of the German manufacturer of high-quality home appliances, has announced the five finalists who will be competing in the first-ever South African Gaggenau Sommelier Awards on 23 and 24 May in Cape Town.

After receiving CVs, and completed questionnaires, from aspiring sommeliers from across the country, Gaggenau, in association with South African Sommeliers Association (SASA), have selected their top five successful finalists.

These five wine professionals will have their skills tested in a two-day competition, which takes place at the Gaggenau Showroom, in the Cape Town BSH Experience Centre.

The winner of this year’s Gaggenau South Africa Sommelier competition will automatically qualify for the International Gaggenau Sommelier Awards that will take place in Beijing, China later this year.

“This competition is an opportunity to not only promote the skills of young sommeliers locally, but to give them the opportunity to represent South Africa on an international level,” says Elizabete Nelson, Gaggenau Communications Manager in South Africa.

The competition to determine the first Gaggenau South Africa Sommelier Award winner was completed yesterday with Joakim Hansi Blackadder, managing partner in Somm Hospitality Enterprises in Stellenbosch, announced as the...