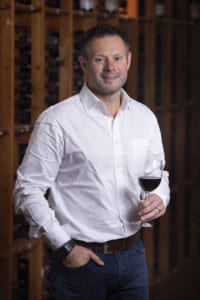 According to a media release issued by KWV, its chief winemaker, Wim Truter, will be leaving in May 2020 to join Meerlust in Stellenbsoch.

News broke last month that Chris Williams, incumbent as winemaker at Meerlust since 2004, was leaving at the end of this year to focus on his own label, The Foundry as well as other winemaking projects.

KWV said that it would be announcing a new chief winemaker in due course.

Chris Williams, winemaker at Meerlust Estate in Stellenbosch since 2004, has resigned to pursue his own interests. He was only the second winemaker at the property, succeeding the renowned Giorgio...

The red blend that is Dr Charles Niehaus from KWV is positioned as a kind of “super Roodeberg”, a signature blend made as a tribute to Roodeberg’s founder, Niehaus being...