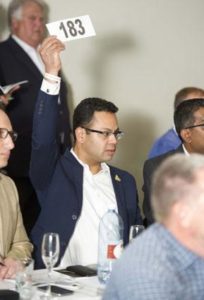 Tsogo Sun was the biggest buyer for the second consecutive year with total purchases of over R2 million. 84% of the wines were bought by local buyers.

The Cape Bordeaux-style Paul Sauer 1994 is currently topical, as prominent international critic Neal Martin recently rated it 95 points, although I thought it a little too overtly herbal, even...