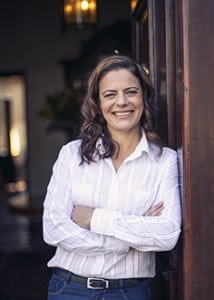 Lizelle Gerber is joining Nederburg Wines in Paarl as its new head winemaker from 1 August. Nederburg is part of the newly-formed Libertas Vineyards and Estates, Distell’s independent premium and fine wine company.

Gerber obtained her degree in winemaking at the Elsenburg Agricultural Training Institute of Stellenbosch before staring her winemaking career in 1996 at Zevenwacht, later moving to Avontuur and then Eikendal in the early 2000s. She was the winemaker at DGB’s Bellingham from 2004 after which she joined Boschendal in August 2006, where she worked for over a decade focusing on Méthode Cap Classique and white wine.

In her new role, Gerber will oversee the production of Nederburg’s wine portfolio, and serve as mentor to young winemaking protégé for Pongrácz, Andiswa Mapheleba, to fast-track her development as a specialist MCC winemaker.

This marks a shift from the company’s previous approach where premium wines were managed as a division within a multi-category portfolio. Business turnaround specialist Kay Nash is managing director. The...