The Diners Club Winemaker of the Year Award remains relevant because of its sheer longevity if nothing else. Now in its 30th year, previous laureates include the great and the good of the South African wine industry.

For 2010, entries were called for in the category of Sauvignon Blanc and apparently 93 wines were submitted (compared to 196 in the case of Veritas 2010 and 230 in the case of Wine magazine’s Top 10). While the competition has been dogged by controversy in recent years, you felt this time around it would at least not suffer from the judges returning an implausible result – the strength of the category is such that any one of maybe 10 or 12 winemakers stood the chance of being a legitimate winner. 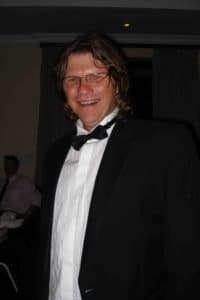 The man of the moment.

That Bartho Eksteen of Hermanuspietersfontein took the title is particularly appropriate as he has long positioned himself as a Sauvingon Blanc specialist and has done much to promote greater understanding of the grape via his long-running annual Sauvignon Blanc Celebration.

Even so, if there is  point of debate to be raised around this year’s result, then it is the style that was rewarded, Eksteen winning with his Nr 5 2009, a wine consisting of 85% Sauvignon Blanc and 15% Semillon, which spent 10 months in oak, a third new, a third second-fill and a third third-fill.

While It is clearly a very good wine, the oak is playing a definite role in its appeal – the all-Afrikaans back label describes it as being redolent of “kokosneut en gedroogde appelkoos” (coconut and dried apricot) which are hardly classic Sauvignon descriptors. I’m inclined to describe it as “Sauvignon Blanc for people who don’t like Sauvignon Blanc”: if you tend to find most Sauvignon Blanc too lean and aggressively acidic, then you should like this for its richness and palate weight, its acidity cleverly concealed behind the wood.

Things got particularly perplexing for me at the awards dinner when the Bordeaux-style red blend Calligraphy 2009 that won RJ Botha of Durbanville winery Nitida Young Winemaker of the Year was served with the Springbok carpaccio starter and the Nr 5 with the herb-coated fillet of beef main course. 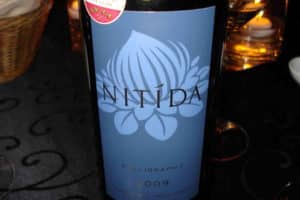 Calligraphy 2009, a blend of 48% Merlot, 27% Cabernet Franc and 25% Cabernet Sauvignon offset against the carpaccio showed an attractive herbal note and was all freshness and elegance. When the Nr 5 was paired with the fillet, it came across as weighty and full, the predominant aromatics and flavours being oak derived. Had you given me the two wines blind before the announcement of the awards, I think I might have confused the Calligraphy for the winning Sauvignon Blanc and the Nr 5 as the winning red!

In fact, when it comes to trying to get a fix on Nr 5, it is perhaps more helpful to think of it as a Bordeaux-style white blend. That the Semillon component does not exceed 15% means it is entirely legitimate that it appear as a single-variety Sauvignon Blanc in terms of Wine & Spirit Board regulations but it does bear mentioning that it shares exactly the same composition in terms of varieties as the much-lauded Cape Point Vineyards Isliedh 2009.

Nitida in Durbanville has appointed Etienne Louw as winemaker. He replaces Danie Keulder, who has left to pursue opportunities abroad. Louw has a degree in chemical engineering in addition to...