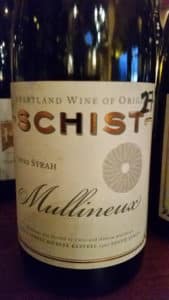 The new vintages of the Signature range of wines from Swartland cellar Mullineux have been released and the Old Vines White 2021 and Syrah 2019 seem to have a particular...

Samantha O’Keefe of Lismore suffered the trauma of losing most of her Greyton vineyards and her home due to wildfire on 17 December 2019. Showing remarkable resilience, she continued to...