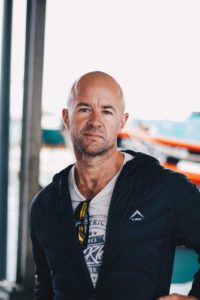 In the contemporary confines of Constantia property Buitenverwachting’s tasting room, winemaker Brad Paton places three glasses of white wine in front of me.

“Taste these and let me know what you think,” he instructs, without divulging the cultivars.

“I want people to drink the wine for what is. I don’t want to put ideas in their head. We are so schooled: we’re taught ‘this is what a sauvignon blanc should taste like’ that we forget about what we’re drinking, and what it’s really about. To enjoy it – the French have been doing it this way for centuries.”

The glass I like best is fragrant with the scent of white blossom. Brad reveals the wines, my pick is the Maximus 2016, a wooded sauvignon blanc. He’s right. Without the preconceived notion of what sauvignon should taste like, lighting up the left hemisphere of my brain, I was free to appreciate what was in front of me, unhindered by the ghosts of sauvignon’s past.

He concurs: “If you’re excited about what you taste, and you come to the conclusion yourself, it has a better chance of being memorable.”

The wines—along with the Maximus; there’s also the Husseys Vlei Sauvignon Blanc 2015 as well as the G ‘Limited Release’ 2017 (a Gewürztraminer)—are also doing the job of illustrating Brad’s style. Expressive. Layers of aromatics unspool from the glasses. The wines are so specific, so of place. It’s a focused and deliberate approach.

“That’s just what I’m trying to do with the wines. I’m lucky to be here, and also lucky to be working for a boss like Lars [Maack], he gives me a lot of freedom. We both want the same thing: wines that express the area of the site.”

Brad is on his 15th vintage at Buitenverwachting. 41-years-old, with a shaven head, and a quick, lithe way about him, he radiates an aura of quiet confidence. He lives on Buitenverwachting with his wife Wendy, their two children, Matthew (8) and Grace (6) as well as dogs, Simba and Nala.

Born in Port Elizabeth, but raised in Cape Town. Brad went to school just around the corner from the estate, at Wynberg Boys High School.

Growing up he knew he always wanted to something with nature. “My love for animals has always been a big part of my life.”

Inspiration struck at age 15 when a family friend, winemaker Peter Arnold took him for a cellar tour of Chamonix in Franschhoek. “That was it. From that moment. This was what I wanted to do.”

After he matriculated Brad did a stint at Chamonix with Gottfried Mocke. He then went to Germany to do a six-month practical. He ended up staying for eight years. During this time he completed his degree in Viticulture and Oenology at the famous Geisenheim (both Achim von Arnim and Danie de Wet are alumni).

To pay for his studies – and to augment his learning – he also took up a job at Weingut Johanninger, a family-run winemaking concern.

“They took me in as a son,” says Brad fondly.

“At the end, though, it was time to come home. It became more and more difficult to leave when I was back home in South Africa on holiday.”

Opportunity struck when he met Buitenverwachting’s owner Lars Maack on a trip overseas, who told him to send in his CV, which he did.

It’s now 15 years later, and Brad with that quiet confidence of his, has helped steer Buitenverwachting into a new age of modern winemaking.

Part of that, is of course, making the most commercially successful wine in the stable, the Buiten Blanc. “The Buiten Blanc allows me to go all of the way with the other wines as I don’t need to make any other commercial wines”.

“What people love about the Buiten Blanc is its consistent quality. If you can’t make a good quality accessible wine, how are you supposed to fare with the more premium stuff?

Speaking of, being in South Africa’s most renowned sweet wine area, the Constantia Valley, Brad has delivered on the region’s promise with the Buitenverwachting Noble Late Harvest 1769 2015.

We finish off our tasting with the glasses of the exquisitely balanced NLH.

“It’s 100 per cent Muscat de Frontignan,” explains Brad. It’s a cultivar with a big history in Constantia. It’s a very robust varietal, and allows us – even in years of rot – to get a large percentage of raisin on the vine.”

Here’s the kicker. Though labelled as NLH legally for matters of analysis and categorisation, the grapes used in this wine were 100 per cent healthy.

What could be more expressive than that?