Melvyn Minnaar: The USP of Afrikaans – on the rise?

Down the road from me is a delightful takeaway foodie place called Slaai. You won’t be surprised that it is owned by The Salad Co. Over in the beautiful Breedekloof, the enterprising Louw brothers Attie and Zak have launched a take-way of a different kind, comprising fresh produce of the region. They call it Opstal Vars.

Over a tasting of the two new top-tier Stellenbosch Hills wines at their launch recently, the talk was about Afrikaans on labels in the wine business. A small, more comfortable shift to feeling free to go for Afrikaans seems to be in the air.

The two new SH wines are called Suikerboschrand and Kastanjeberg, the first a Cape blend, the latter a Chenin, both from more or less single vineyards that supply the SH company. (Lovely elegant labels, by the way, designed by Eddie Human’s studio. Not shabby wines either!)

Although not contemporary Afrikaans – more of a transitional Dutch/Afrikaans linked to the two farms’ heritage – the names on the labels have a ring of authenticity, even gravitas, and seem to me to be not insignificant marketing memes nowadays.

What they do signal, is that we have definitely – thankfully! – moved beyond the ridiculous cultural cringe of years ago when marketing nervousness removed Afrikaans from all markers to do with South African wine.

(Irony hung in the air during that discussion: This was the winery that dumped the historic co-operative name, ‘Vlottenburg’, a decade or so ago for ‘Stellenbosch Hills’, a somewhat suspect geographical reference. A lyrical, old Dutch-derivative nomenclature, so delightfully old-world, the members seemed to feel at the time, didn’t have space in the all-new international, English-speaking world of wine.)

As someone at the table pointed out during the discussion, the French and Italians have never had that worry. And if you look at the labels of wines from, say, Greece and Turkey which are fashionably coming into global play right now, neither do they. Argument about the difficulty of pronunciation is the reddest herring.

Of course, the Afrikaans label paranoia arose directly from the changing political scene of 25 to 30 years ago, which, in turn, opened the world market to local producers. Afrikaans was not only a language caught up in the tumult of regime change, it was representative of a culture that had to change in the unfolding new world order. As happens in most revolutions, Afrikaans became a victim in overkill.

Today the world looks different and so are the (marketing) challenges.

Slogans that marketers love these days contain words like “story” and “narrative”. “History” and “track record”, too, are useful. Pity then that, although the charm of old, white-gabled buildings are well punted for the important adjunct of wine tourism, that colourful yarn is often only spun in, what is most of the industry’s “second language”, English. 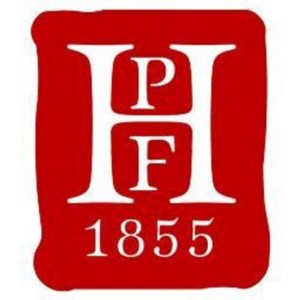 The lodestar for Afrikaans as Unique Selling Proposition (USP) is surely the Hermanuspietersfontein winery where each and every wine released carries a highly idiomatic Afrikaans name and engaging back-label copy.

The cheekiness of the brand name, first bottled in 2006, itself was a sharp strategic decision. In common marketing sense such an extended word – book correct in Afrikaans, by the way – would be no-go. But it has been highly effective from the very start. (Played particularly well, too, in exports to Belgium and the Netherlands!)

Gerrie Heyneke, one of the clever originator-partners, likes to say that with Afrikaans, they had created a “real story” for HPF in an “industry of fables”.

In the scheme of things, the origin of their names is probably not even considered when the well-to-do and in-the-know pour a grand glass of Kanonkop, Meerlust, Jacobsal, Uitkyk or Vergelegen. Embedded Afrikaans supports the gravity.

Among the younger generation, Afrikaans plays a different role.

It started with Eben Sadie and his acclaimed Ouwingerdreeks. (Yes, that is correct Afrikaans!)

And now young, skilled wine artists like David and Nadia Sadie are confident that labelling their newest Chenin blanc Plat’bos is the precise way to express its unique origin and individuality. If you understand that the literal translation, “flat bush”, is a glorious reference to the low-spreading bush-vines whence it came, you will suss how ‘ware Afrikaans’ can empower a truly modern wine masterpiece.