Patrick Leclezio: How widely are flavouring additives being used in your brandy? 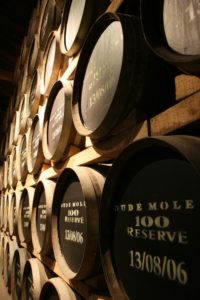 If you’ve never encountered the term “bonificateur” you’re not alone.  Until last year I hadn’t, and I’d reckon the same goes for most.  Loosely translated from French as “good maker”, prompting the unfortunate inference that some sort of rectification is needed, it denotes a slug of additives introduced into brandy during blending, to influence its flavour or colour or both.  I’d long believed South African brandy to be made only from three ingredients: grapes, yeast, and water – and, of course, whatever it extracted from its casks during maturation, perhaps better defined as flavouring agents than ingredients – so this sudden insight made me question my convictions, about brandy and beyond.  My purist naiveté was in need of an overhaul.

The dearth of available information is a telling place to start in weighing up the matter.  Bonificateurs have not been referenced on any packaging, in any promotional or educational materials I’ve come across (with the solitary exception of a fleeting mention in the official industry compendium “Fire Water”) nor during any brandy presentations I’ve attended.  They don’t even feature in the Van Ryn’s Advanced Brandy Course – described in some media as “the most thorough and sophisticated of its kind…” covering “…in-depth all the steps involved in brandy-making…”.  And by this absence I mean any reference to the existence of the process, never mind any specific detail.  When I started with my enquiries one leading distiller told me that the practice was a “very, very sensitive matter that was kept as a secret by all manufacturers”.   I needed to get to the nerve centre for further insight.

In this pursuit, I was privileged to be hosted recently by Johan Venter and Mare-Loe Prinsloo, Heads of Product and Brandy respectively at Distell (i.e. two leading heavyweights working for the country’s largest brandy producer), for a wide-ranging discussion on the matter during which I questioned if the industry might be hiding this process from consumers, by omission if not actively.  Despite a comprehensive denial, and despite an enjoyable and informative session, the disclosure went so far and no further.  When I asked for an indication of which of their brandies used bonificateurs and which didn’t, I was given some satisfaction on the latter, more on this later, but none on the former, other than being told that it was a minor percentage.  My impression was that they were concerned that this association would taint those products identified.  If I’m right then this would explain, if not justify, the perceived silence.

Before going any further I need to clarify, at the risk of being pedantic, that the use of additives, within certain parameters, is entirely legal.  Table 6 of the Liquor Products Act titled “SUBSTANCES WHICH MAY BE ADDED TO LIQUOR PRODUCTS” clearly regulates the practice.   I’ve summarised the additives for brandy in the following list (taken from the latest update of the Act, issued on 2/05/2014): bentonite, caramel, carbon dioxide, concentrated must, dessert wine (seemingly also encompassing fortified wine in practice), filtering aids of inert material, flavourants of vegetable origin or extracts thereof (prune and vanilla extracts being two examples), gelatine, honey, must, potassium ferro cyanide, silicasol, sugar of vegetable origin, tannin if it is not foreign to wine, water, and wood.

I should also stress that this practice is hardly limited to South African brandy.  The use of additives and flavourants is pronounced in a variety of spirits.  Rum is maligned for its use of added sugars and colourants in particular.  Cognac and Armagnac prolifically use a substance called boise, an oak extract, to mimic additional maturation.  Canadian whisky allows an injection of other wines and spirits of up to 9.09% and in certain cases even more, depending on the nature of the deployment.  Scotch whisky often touts that it doesn’t allow any additives, other than flavourless caramel colouring, but in a sense this is hypocritical: it permits peat smoke, and bourbon, sherry, and all sorts of other wines and spirits to be imbued into its product during malting and maturation respectively, the latter in largely uncontrolled proportions; though, to be fair, whilst they’re not acknowledged as additives these flavouring agents are widely communicated to consumers.

That additives are allowable however, is not the issue.  They are – full stop.  The real questions are whether they’re desirable firstly, and whether their presence and use should be made (more) explicitly transparent.

Let’s tackle the last question first.  Yes!  Undisputedly and emphatically – yes.  There’s a real, growing thirst amongst modern consumers to be educated about their consumption, the denial or manipulation of which would be obstructive and disingenuous.   More importantly direct access to this information is a fundamental right underpinning our freedom.  We should be presented, without having to search for it, with the content and composition of any foodstuffs we consider buying and ingesting, because this awareness has an essential bearing on our ability to protect our health and our interests generally.  I have the right quite simply to know what’s in my drink – whether it’s because of potential allergens, or because I may, for instance, be inclined to pay more for conventionally matured than boise-augmented cognac.

Unfortunately when it comes to alcohol the letter of the law is yet to catch up to its spirit.  Whilst it’s legally required of most foodstuffs, liquor is exempt from having to disclose a list of ingredients (or, quite incredibly, even the presence of “foreign” matter), for seemingly unfathomable reasons.    It may be challenging to consistently define certain elements, such as those deriving from the oak – although the exemption applies to most liquor, whether cask matured or not – but it’s clearly not impossible: the European Commission stated in a March 2017 report that “objective grounds have not been identified that would justify the absence of information on ingredients and nutritional information on alcoholic beverages or a differentiated treatment for some alcoholic beverages”.  The report concludes that change to this effect is imminent.  In fact it is already mandatory to display consumer information about calories, additives, vitamins and microelements on the labels of spirits containers in 13 member states of the EU.

When I questioned an official at our local Department of Agriculture on the topic I was given this response:  “At the moment this is optional, you can indicate the ingredients on the label but it is not compulsive (sic).  The reason for this is that there is not yet any international guideline or requirement for wine or other liquor products.  South African legislation follows international requirements to make sure that we stay up to date, that our labels still complies with the requirements of the overseas countries when we export … If it should become an international requirement to indicate the ingredients on a label, the Liquor Products Act, Act 60 of 1989, will be amended accordingly.”

So whilst the industry has been remiss in respecting our right to this information of its own accord, it ostensibly will to be forced to do so in the medium term.   Good news!  How everyone’s going to react to the sudden appearance of all sorts of unexpected things in their drinks is another matter.

Once transparency is assured, the debate then becomes about whether an allowance for additives is of benefit or detriment: a thorny and complicated matter to unpack.  There is no right or wrong in my opinion, there are only varying perspectives.

One perspective is that if it’s able to contribute positively to flavour, with a result improving what it would otherwise have been, then it must be of benefit.  Another contrasting perspective is that it masks inadequacies, and fosters low standards.  Johan Venter voiced Distell’s brandy-making philosophy as endeavouring to get things right from the start rather than correcting mistakes at the end.  The existence of this recourse though – for any spirit, not just brandy – provokes the exact opposite motivation: you can bet that any short-cuts on offer will be exploited by less principled producers.  The knowledge that shortfalls can be corrected may limit ambition, or may engender the wrong kind of ambition.

Further perspectives concern identity and purity.   Additives introduce the potential for widely varying flavours, stretching the boundary between diversity, which we want, and divergence, which we don’t.  When I buy brandy, I want something that tastes and feels like brandy not grappa, pisco or any other distillate.  It gives me the context in which I can root and understand my appreciation.  South African brandy regulates its additives precisely, one would hope to preclude this risk, but it may not be the case elsewhere.  Canadian whisky’s only real limit to the extent to which permitted additives can be used is a clause stipulating that it should have an “aroma, taste and character generally attributed to Canadian whisky” i.e. it depends on an organoleptic evaluation, which can’t be objective or consistent.

During my meeting at Distell, I was given five brandies to nose and taste: Flight of the Fish Eagle, the potstill component from Klipdrift Premium, Oude Meester 12YO, Van Ryn’s 12YO unfiltered, and a Van Ryn’s 47YO, none of which employ bonificateurs, the intention being to show me these aren’t necessary to make great brandies.  If I needed any convincing, then this did the trick in spades, the experience of the two Van Ryns being a particular privilege.  The 12YO is not available for purchase unfiltered, which is a shame, its usual bold fruity flavours being amplified to gigantic, and the 47YO, an intense, dead-in-your-tracks eruption of  nuanced complexity, is not marketed at all…yet.  I had not long before also tasted the Van Ryn’s 27YO, a big, boisterous, irresistible hug of toasted oak and dried fruit, which was also confirmed additive-free.   A pattern was beginning to emerge – from these Distell learnings and from elsewhere.  Potstill brandies and more mature brandies typically don’t use bonificateurs.  When I asked Johan Venter if he wished this allowance didn’t exist, his response was “horses for courses”.  Whilst it’s a deduction supported by constrained information – I’m entirely aware that I haven’t tasted this Pierian spring – it makes sense that these horses would be most needed on courses where the muscle of pot distillation and maturation is inhibited i.e. blended brandies.

The best will always be the best, and with additives, in some cases like Scotch (and its flavouring agents), maybe even more so. There’s also no doubt that our best brandies are exceptional.  The additives allowance – on the face of all available evidence – has not been necessary for this splendid outcome.  It may be the case however that the worst may be worse than would have been the case.  Like my hosts at Distell I personally don’t like the idea of papering over cracks that shouldn’t be there in the first place.  Equally, it may mean that pleasant brandies are available to us more cost effectively than would otherwise be possible.  You’ll have to take your own view.  One thing’s for sure though – most of my misgivings would be decisively expunged if (and will be when) the curtain is drawn back just a little further.