Some thoughts on the 100-point quality scale 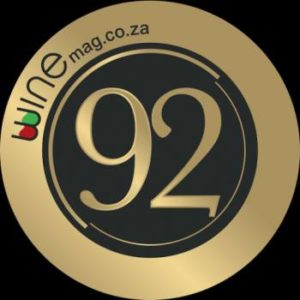 Is MR de Compostella 2013, the best wine overall in the recent RisCura Red Hot Wine Awards and retailing for R920 a bottle, under-scored at 92 on the 100-point quality? It may be but not by much.

While day-to-day reviews on winemag.co.za are conducted sighted, when it comes to sponsored category tastings, we do things differently. We convene a panel and we taste blind (labels out of sight). The value of a panel is that it is collegial – final scores are discussion based with the two-fold purpose of removing the whims and fancies of any individual taster and requiring all tasters to take shared responsibility for the outcome. I am quite sure that this has a role in “flattening” scores to some degree but I also think that it produces more reliable results – in the sense that top wines will have the broadest appeal possible, taste ultimately being subjective.

Then there is the issue of “score inflation”. As of last year, it was ruled that in order for a wine to be rated 5 Stars in Platter’s, it needs to achieve a score of 95 or more on the 100-point scale, which may be fair enough as a definition of what constitutes “greatness” but then there should be a lot fewer wines than the 50 that appeared in the current edition of the guide – for all the quality advances the industry has made in recent times, it simply isn’t producing that many 95+ point wines yet.

Similarly, I note that in the September issue of Decanter, UK critic Tim Atkin MW gives Reyneke Reserve Red 2012 a score of 97/100 whereas I scored it 92/100. My concern is that dishing out really big scores for South African wines now leaves the industry with nowhere to go when further inevitable improvements are made. In any event, I would be delighted if winemag.co.za gained a reputation for being conservative rather than cavalier when it came to its scores.

Returning to the case of MR de Compostella 2013, a separate issue arises as to whether or not it offers appropriate quality relative to price, or put differently, does it make sense to drop R920 a bottle for a wine rated “only” 92 points. Suffice to say, I think it is a remarkable wine which will look incredibly good value when you open it in 10 or even 20 years’ time.