Some thoughts on wine prejudices 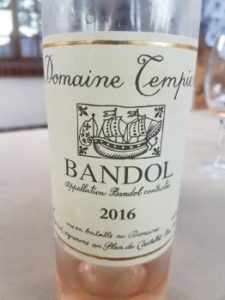 Pink you can drink.

According to a recent comment on this site, I “score the lighter red wine styles [in particular Pinot Noir] rather low compared to the fuller bodied varieties and blends” and I “clearly have a proclivity for structure, fruit and body” (see here).

Producers of Cabernet Sauvignon in Stellenbosch, meanwhile, have often told me that they are bemused that their carefully crafted, concentrated and structured wines get stuck with scores in the low 90s while wines made from old-vine Chenin Blanc using minimal intervention often do so much better.

Apparently, I’m a Chenin Blanc lover and Sauvignon Blanc hater but I consider a visit to Les Monts Damnés in Sancerre as memorable a vineyard visit as any. Then again, Chardonnay is probably my favourite variety of all and Montrachet my choice of death-bed wine.

Chardonnay, they say, is a white variety that wants to be red and Pinot Noir is a red that wants to be white. Many fall in love with Pinot because of its supposedly ethereal nature but what of those examples of Burgundy that are as black fruited, forceful and spicy as any Syrah?

I’ve been writing about wine long enough to remember the shift towards “full phenolic ripeness” and away from “thin and weedy” which came about in SA during the late 1990s and early 2000s and now we are seeing an inevitable reaction to this, new-wave winemakers attempting to make wines of greater elegance and transparency, this typically involving lower alcohols.

So what is the state of play right now? Local Pinot Noir only became interesting in terms of a critical mass of producers working with it in the last 10 years, the ground work that Hamilton Russell Vineyards who first undertook plantings back in the 1970s notwithstanding. It’s also on trend by virtue of being a “light red” and everybody thinks Burgundy is hipper than Bordeaux. Quality advances have been made but this is coming off a low base and we should see even better examples of the variety soon.

Cab is in a tight spot because by its very nature, it needs a good deal of bottle maturation before drinking at its best and few have the time for that. Witness the rise of other “light reds” like Cinsault and Grenache.

I’ll admit to fancying Swartland Syrah and Syrah-blends quite a lot but then again the Rhône varieties seem well suited to this part of the world while simultaneously we have some of our most talented winemakers choosing to work here.

Pinotage has had a checkered history but the best versions of this variety are now no longer to be sneezed at, whether they be traditional (Kanonkop) or new wave (David & Nadia, Radford Dale et al.) in style.

As for our whites, there’s plenty of old-vine Chenin around as we all know and this does seem to deliver fruit of grapes of particular quality, more so than if you’re working with virus-infected reds. It clearly responds well to free-style winemaking which is so much in vogue these days and it’s therefore relatively easy to make top wine from it.

Sauvignon Blanc is the people’s favourite and the more canny producers continue to leverage this with increasingly sophisticated and, in turn, more expensive versions. Chardonnay remains blue-chip and there’s a wide range of styles out there, although very leesy, heavily oaked renditions which were in fashion 10 or 20 years ago have pretty much fallen away.

The point is I generally like good wine, light or full, red or white. The one category I’ve always thought I wasn’t very partial to was rosé but I recently had a Domaine Tempier Bandol 2016 which I thought was brilliant. Now if only SA could start making stuff like that…

Best wine overall at the inaugural RisCura Red Hot Wine was the MR de Compostella and the prize for producing this a new top-of-range 225-litre Grande Reserve Château Tradition barrel...

Do punters give a damn about "green" issues? They should... Year five of the Nedbank Green Wine Awards, which I  helped conceptualise back in 2009 as editor of Wine magazine...