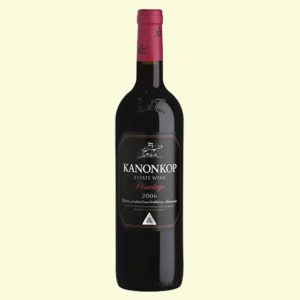 From the February issue of Decanter: Those keeping a close watch on the South African wine scene will have noted the very fine own-label wines of David and Nadia Sadie, the couple at the forefront of the new generation winemakers. Sadie, aged 31, recently took up a position at the Swartland property Paardebosch. There’s a vineyard of Pinotage established between 1991 and 1993 on granite here so if he wasn’t inclined to work with controversial variety before, he’s compelled to now.

His maiden vintage 2014 is super-exciting, the winemaking involving 15% whole-bunch fermentation and maturation lasting 19 months in French oak, none new. There’s also 10% Shiraz in the mix to keep things interesting and it’s only 12.5% abv,

Contrast this with the Redhill Pinotage from Simonsig. This Stellenbosch property was founded in 1953 by the trailblazer Frans Malan and is today run by his sons, Johan being the cellarmaster. The current-release Redhill 2012 was matured for 17 months in 78% French and 22% American oak, 89% new and has an abv of 14.54%. There’s not faulting the basic quality of the two wines but they couldn’t be further apart stylistically, the Paardebosch light and fresh and the Simonsig rich and broad.

Looking at the duo side by side causes Malan to chuckle. “We made a whole-bunch fermentation Pinotage back in 1986 and we got nailed at the Young Wine Show that year. The time just wasn’t right.”

Is Pinotage becoming fashionable after its years in the wilderness? What style will prevail? Might it finally emerge as South Africa’s signature red grape? Anthony Hamilton Russell, co-owner of Walker Bay property Southern Right (and proprietor of Hamilton Russell Vineyards) says he notes a change among his international customer base: “It’s almost cool to like Pinotage. There’s a new generation of wine drinkers out there that know so little about the variety, they haven’t had the chance to develop a prejudice against it.”

Make no mistake, however. The quality of Pinotage has improved hugely over the last 20 years. Particular problems associated with the variety (its varnish-like aroma, its proneness to bacterial spoilage) have largely been addressed but it might equally be argued that any advances are simply in line with what’s happening with the South African wine industry as a whole.

“We’ve dispensed with Pinotage grown on poor sites. We’ve dispensed with “average” – it’s gone to rosé and commercial blends,” says Abrie Beeslaar of Kanonkop, home of perhaps South Africa’s most acclaimed Pinotage, as well as producing a very serious example under his own label. “A lot of Pinotage was a bit simple in the early 2000s but winemakers aren’t scared of proper structure anymore and for proper structure, you need proper extraction. That’s how you get complexity on the palate,” he says.

Pierre Wahl of Rijks in Tulbagh makes various examples of Pinotage that are typically intense without being excessively weighty. “I think there’s a realisation that a wine that’s a bit less heavy isn’t the end of the world. We’re starting to see more elegant styles – pure and clean without being boring.”

Hamilton Russell argues that many of the problems which used to beset Pinotage are not inherent to the variety but apply across the board – vineyards in warm-climate areas, excessive yields, over-ripe picking and heavy-handed oaking. “Critics have a bad Shiraz and they write off the producer. They have a bad Pinotage and the write off the grape. Thankfully, that’s changing,” he says.

So Pinotage really shouldn’t be an untouchable variety any more but where it remains tricky is that a multitude of styles prevail. One way to understand the category, although this might be considered reductionist, is to discern two camps of winemakers – the Old Guard and the New Wave. The former favour wines with a more black fruit flavour profile and rely on the use of oak to temper the sweetness or perception of sweetness that Pinotage can give; the latter champion wines with more red fruit and contend that savouriness and grip can be obtained by means other than oak. It’s a fascinating dichotomy and, in the mind of this writer, neither side is completely wrong or completely right. As Malan of Simonsig puts it, “There are many ways to skin a cat.”

A story on Pinotage would be incomplete without a word from perhaps its greatest advocate, the illustrious Beyers Truter who is currently cellarmaster at Beyerskloof in Stellenbosch and was Beeslaar’s predecessor at Kanonkop. “The biggest change I’ve seen in the last 10 years is the different styles from different areas.”

When it comes to regionality, Stellenbosch Pinotage remains the benchmark, wines from the district typically displaying black cherry, plum and blackcurrant fruit with firm tannins. But there is now another fairly well established style to consider – being more red-fruited, medium bodied and reminiscent of Pinot Noir. Such wines usually come from cooler, more maritime areas such as Walker Bay (Southern Right) and Durbanville (Altydgedacht, Diemersdal) or areas at altitude such as Spioenkop in Elgin.

“There’s never been more stylistic diversity. Winemakers are in sync with their terroir. I hope the Lord gives me another 10 years so I can find those special pockets on my own property and make something great,” says Truter, who is widely considered to have made a number of outstanding examples of the variety already.

When it comes to the younger generation of winemakers, there’s a slowly dawning appreciation that Pinotage’s alternative status might well be an asset. “Pinotage allows us to put something really South African on the market. It allows us to find our own voice rather than making copies of Bordeaux red or New Zealand Sauvignon Blanc,” says Jacques de Klerk of the Winery of Good Hope, aged 34. “I think why Pinotage is starting to shape is that as an industry, we gained not only in confidence but self-understanding in the last few years.”

One version of Pinotage that De Klerk makes under the Radford Dale label goes by the name of “Frankenstein” recalling novelist Mary Shelley’s monster who becomes terrifying to its creator but is actually a composed, understated and totally appealing wine. He makes the compelling point that “new” Pinotage might not be that new at all, it recalling the extraordinarily long-lived wines of the 1970s which remain delicate, light and fresh to this day. “You could say we are reverting to our past – presentation of fruit which is pure and transparent.”

For a number of different reasons, Pinotage is coming in from the cold. The old generation of winemakers kept the flag flying when the grape was not sexy and have a wealth of knowledge to draw on. The new generation, in tune with world trends towards lower alcohol and the use of less oak, are ensuring broader appeal. That the grape is not mainstream is to its advantage as it provides the excitement of the exotic not provided by the likes of Cab and Merlot. And it’s not supposition. Pinotage has gone from South Africa’s eight most planted variety with 6 664ha in the ground in 2004 to sixth most planted with 7 357ha in 2014.

A key feature of the Swartland red blend that is Black Rock from Radford Dale is that the constituent varieties are co-fermented. During the drought vintages of 2016, 2017 and...