Tim James: On the need for a list of restaurants that allow BYO

I always feel affronted by restaurant reviews that ignore the winelist, let alone provide any detail. Even in, say, the New Yorker, where it’s a matter of practical irrelevance; more so in blogs and magazines aimed specifically at local winelovers. 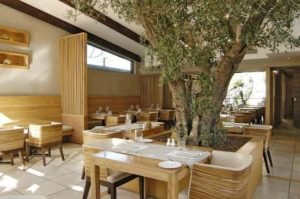 Here follow a few remarks, with a whinge or two, on wine service during a recent visit to a restaurant in Cape Town, though it’s not a review of either the restaurant as a whole (I’m not qualified to do that properly) or of the winelist – which is not bad, reasonably priced, a bit safe and dull, featuring mostly current-release stuff.

It’s a long-time favourite restaurant of mine in question – 95 Keerom Street, in the centre of Cape Town – with unflashy Italian cooking made with fresh ingredients and with care, and served pretty well (usually; by South African standards), in a thoroughly pleasant environment, the whole show run with professional brio and attention to detail by the estimable chef Giorgio Nava. I would go more often but the menu is too static, with a lot of it more or less the same as it was ten or more years ago.

There were four of us dining, so I was expecting to need at least two, probably three, bottles of wine. I took along one of them: Aldo Conterno Barolo 1998. First chosen off the 95 Keerom winelist was a thoroughly enjoyable Mulderbosch Steen-op-Hout Chenin Blanc. Then I asked for my Barolo to be opened, and was told that, no, BYO was no longer allowed. Oh! The immediately previous policy had been to allow one bottle per table. Apparently this change had come in “a few weeks” before.

I asked our waitress to check with Giorgio, as I was sure he’d happily permit an exception – but he was away from the restaurant for a while. I was irritated, but started selecting a red from the list. Then another waiter came up: he’d spoken on the phone to Giorgio who gave the go ahead. Excellent. Good marks to the staff for doing all their duty. Then this new waiter irritatingly exceeded his duty by pointing out that this was “although the wine is on the winelist”. Turns out what he meant was that there was a Barolo on the winelist – one I didn’t recognise, from 2009, 11 years younger than mine as I pointed out. I wasn’t keen on spending R1100-odd on wine infanticide.

The Aldo Conterno was very good, in early maturity. I’d brought it straight from my wine-cooler at 14 degrees, so it was by now pleasantly cool, and went down well. What to follow it with was not so easy. I chose the Neil Ellis Cabernet Sauvignon Merlot 2012. I’m pleased to repeat my Platter note about “clean, delicious fruit flavours, unobscured by masterly oaking, discreet tannins. No great depth, but most drinkable.” Of course it was rather youthfully raw, and lacking complexity after the Barolo, but we all liked it. And, as I was paying, I liked it being good value at about R250, as I recall.

The trouble is that – as happens in most restaurants – it was served at room temperature. The temperature in a room on a moderate summer Cape Town evening (if the air-conditioning was on, it wasn’t set low) is not the correct temperature for serving wine – it accentuates the alcohol effect and reduces the freshness. I don’t know if all the 95 Keerom reds are served at this temperature, but none should be. Certainly, most restaurants serve whites too cold and reds too warm.

And in future I won’t feel able to take my own bottle. I must say that that is a substantial disincentive. It’s getting time to start establishing a list of restaurants that allow BYO.

A day with Angelo Gaja