Tim James: On the effect of ever increasing wine prices 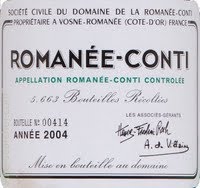 The upward-spiralling international price of the finest wine may have a much deeper effect than merely limiting the ordinary wine lover’s access to them. It’s possibly even causing some significant changes in the world wine market, in the way that wines are being made and enjoyed. I’m thinking of the role played in that market by sommeliers, critics and winemakers, all of whose access to those great wines is also limited these days, especially to mature versions of such wines – and hard-won maturity is, after all, what those wines are all about.

I’ve often enough heard Michael Fridjhon speak of the prices of top Bordeaux and Burgundy back in the 1970s (and I’ve seen enough of what his personal cellar contains) to be enviously regretful that my own serious interest in wine started so much later than his, though he’s little older than I. Even I was able to be modestly ambitious in the 1990s, however, but in subsequent years (and it’s not just a declining rand) I’ve seen international fine wines get increasingly unobtainable – with grand Bordeaux and Burgundy joined by a host of other top wines, by no means all of them European, that used to be regularly affordable on a middle-class income.

This is, of course, a story we all, ruefully, know. Now, mostly on a somewhat lower level, the same thing is happening here at home, with tiny quantities of top-end stuff combined with elevated pricing to make it tough for those who love wine but aren’t rich.

Consider, though, the young winemakers who no longer get the chance to even regularly taste – let along drink and contemplate – the greatest examples of what their profession has to offer. True, many of the more adventurous and ambitious of them travel the world, and get to taste from barrels, or even current releases from bottles if they’re lucky, with their colleagues. Tastings happen. But mature vintages, which will show those wines in their prime? Very seldom.

The same goes for young sommeliers and wine-writers, at the interface between wine-production and the wine-loving public and therefore needing this level of understanding of fine wine. Of course, once you’re successful in your job, and especially in the tiny elite of it, producers are keen to seduce you. But how to climb the ladder, when these crucial lessons in maturing and mature, ludicrously expensive bottles are so hard to come by? How to learn what – for example – amazing things Barolo can do after 30 years of absorbing its tannins when you only ever sample young ones?

One response of excluded young professionals, it’s clear, is to start despising or ignoring the “establishment”. Bordeaux (admittedly the least attractively, most remotely and snobbishly structured of the establishment great wine areas) gets the worst stick. I have met more than a few young local winemakers whose sneers at Bordeaux (and, even, by extension, sneers at cabernet or the use of new oak barrels) are in pretty direct relationship to their lack of experience with these, some of the most sublime creations of world wine.

There’s also, I’d argue, increased over-respect for young wines – because that’s generally what young winemakers, sommeliers and critics are mostly limited to. It’s unfortunate. And is bound to have an effect on what they drink, make, and recommend to others.

In fact, it’s possible to better understand the rise of the “natural wine” movement in this context. Younger winemakers, sommeliers and wine-bar owners, with some critics in support (but seldom the most experienced ones), offering light, early-drinkable, complex and interesting wines to a sophisticated younger clientèle in wine-bars in all the cities of the wine-drinking world.

Much has been gained – I myself would certainly rather now drink last year’s natural Beaujolais or skin-contact Swartland chenin than last year’s grand but impenetrable nebbiolo or cabernet, and do so at a much lower price. But I don’t think the hipsters will believe any oldster who tells them what they’re missing.