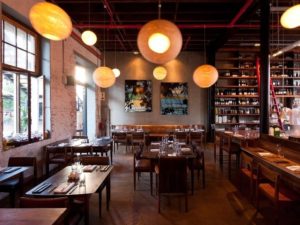 The World’s 50 Best Restaurants 2016, a venture by media company William Reed, was announced yesterday with The Test Kitchen in Woodstock, Cape Town placing at No. 22, up from 28 in 2015. Earlier, it was revealed that another SA restaurant La Colombe took No. 76 on the list of 51 – 100. Osteria Francescana in Modena, Italy earned top spot overall. See full results here.

Cape Town restaurant La Colombe has been named the 13th Best Fine Dining Restaurant in the World (and the Best Restaurant in Africa) in this year's Tripadvisor Traveller's Choice Best...

Cape Town restaurant The Test Kitchen, number two in the Top 10 at the 2019 Eat Out Mercedes-Benz Restaurant Awards, is set to close. Last service will be on Thursday,...

The World’s 50 Best Restaurant Awards were announced in Bilboa, Spain yesterday with The Test Kitchen in Woodstock, Cape Town placed at 50th after having dropped to No. 63 in...