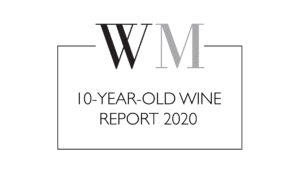 winemag.co.za is pleased to present the 10-Year-Old Wine Report 2020 – featuring wines from the 2010 vintage.

74 entries from 33 producers were received and these were tasted blind (labels out of sight) by the three-person panel, scoring done according to the 100-point quality scale.

Delaire Graff, as the producer of the highest-scoring wine overall, received a bottle of GS Cabernet 1966 worth approximately R30 000 from Amorim Cork.

OVERVIEW
2010 was a testing vintage due to the constant fluctuations in weather conditions throughout – a cool, wet spring caused uneven budding in many regions while summer months were exceptionally dry and windy, the heatwave at the beginning of March 2010 which lasted longer than a week going down in the annals.

Those “dry and windy” conditions in the lead-up to harvest seem to have taken their toll on the resulting wines. While the white wines generally showed well enough, they didn’t have quite the clarity and brightness that a collector might hope for. The reds, meanwhile, tended to present as very ripe and full bodied. The more successful wines have a sturdiness about them rather than finesse or charm while the less successful wines appeared unduly advanced and, in some cases, oxidised.

Of the top four reds, which together rated 92 points, alcohols range from 14.72% in the case of Nederburg The Brew Master 2010 to 15.06% in the case of Ernie Els Signature 2010 – whatever else you might say about them, these are not shy wines!

To read the report in full, including key findings, tasting notes for the top wines and scores on the 100-point quality scale for all wines entered, download the following: 10-Year-Old Wine Report 2020

To view a gallery of images from yesterday’s announcement function, click here.

A bottle of the famed GS Cabernet 1966 has just been confirmed as the prize for the best wine overall in this  year's 10-Year-Old Wine Report. This is a wine...

One of the most important measures of great wine is that it should be age-worthy and with this in mind, winemag.co.za is running the fourth annual 10-Year-Old Wine Report. Producers...