Change of cellarmaster at Graham Beck 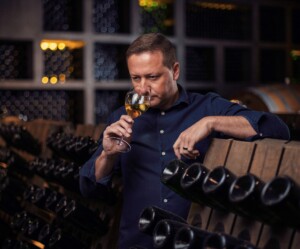 Cap Classique producer Graham Beck has announced the appointment of Pierre de Klerk as cellarmaster with effect from 1 January this year. De Klerk succeeds industry icon Pieter Ferreira who becomes the company’s Chief Operating Officer (COO) after a remarkable 32 years at the helm of the cellar. De Klerk, who holds a BSc in Agriculture (Viticulture and Oenology) from the University of Stellenbosch University joined the Graham Beck team in 2010 as winemaker.

The Cuvée Clive is the top-of-the-range bottling from Méthode Cap Classique specialists Graham Beck made with Chardonnay from mostly Robertson as well as Darling, the base juice undergoing 100% barrel...

Wine magazine, the forerunner of Winemag.co.za, was launched in October 1993. The late Harold Eedes was publisher and Mike Froud, now of TopWineSA.com, was editor. On the cover was Pieter...