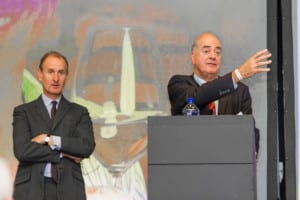 This year’s selection was made up of 28 red wines and 12 white wines, three Méthode Cap Classique wines, a brandy and port-style wine.

The 2020 Nedbank CWG Auction hosted by Bonhams will be held online on Saturday, 3 October 2020, from 12h00 (London time). Due to Coronavirus, there will be no public tastings...