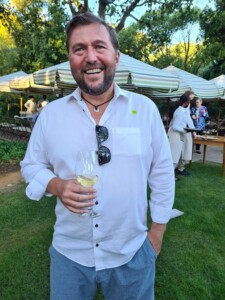 Vilafonté have announced that locally based Mike Ratcliffe will be buying up his US partners’ shares in a three-year transition process. Viticulturist Phil Freese and winemaker wife Zelma Long established the first vineyards on the Paarl site that supplies Vilafonté in 1997 with Ratcliffe, then of Warwick, getting involved in 2001.  Maiden vintage being 2003, production consisting of two Cape Bordeaux Red Blends, called Series C and Series M respectively.

Today there are 21ha under vineyard, current releases being Series C 2019 which sells for R1 800 a bottle and Series M at R880 a bottle. Vilafonté also produces Seriously Old Dirt, grapes sourced from across the winelands, production amounting to approximately 200 000 bottles, the 2019 priced at R265 a bottle.