Topical pic: Nedeburg is Platter’s 2011 Winery of the Year 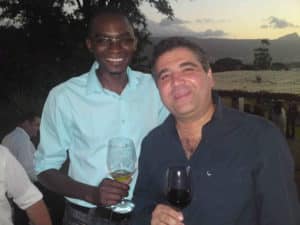 The Winery of the Year award in the annual Platter’s guide is the personal selection of editor Philip van Zyl, after considering a variety of criteria, the aim being to showcase a producer which epitomises the best of South African winegrowing today.

It’s worth noting that Nederburg’s status as Winery of the Year in Platter’s 2011 comes after it won the Fairbairn Capital trophy for most successful producer at the Old Mutual Trophy Wine Show in both 2008 and 2009. Good for South African wine? You bet. As Macici said at last night’s launch function, “We don’t make 3 000 litres a year. We make over 14 million.”

What next for Nederburg? Those in charge of winemaking are a fairly unsettled team, Niël Groenewald becoming managing director in early 2019 and Samuel Viljoen promoted to head winemaker only...

In an effort to simplify brand architecture, Nederburg’s top two offerings, Two Centuries and Private Bin have been consolidated into a single tier. In addition, MD Niel Groenewald is looking...