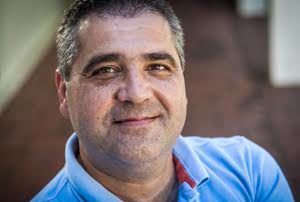 After a 15 vintages at Nederburg, cellarmaster Razvan Macici has been appointed Distell’s head winemaker, a newly-created role overseeing style and quality across the company’s entire wine portfolio and also involving being a roving wine ambassador.

Macici’s move, effective from July 1, will result in other changes, Andrea Freeborough will succeed Macici. She returns to Nederburg after a decade as cellarmaster of Die Bergkelder. Her position will be filled by Wim Truter, currently Die Bergkelder’s red-wine maker and formerly white-wine maker at Nederburg.

Durbanville Hills Wines meanwhile has appointed a new white-wine maker, Kobus Gerber. He will replace Gunther Kellerman at the end of June. Kellerman is to join his father in their family business. Gerber is currently the group winemaker at Die Bergkelder where he also has responsibility for the internationally award-winning range of Lomond wines.

A the end of October, Distell’s group general manager: winemaking, Callie van Niekerk retires and will be succeeded by Deon Boshoff, currently cellar master of Adam Tas. With his promotion, Elize Coetzee, who makes the white wines at Adam Tas and is responsible for brands such as Zonnebloem and Place in the Sun, will become the new cellar master.