Are we all talking about the same thing when it comes to “elegance” in wine? 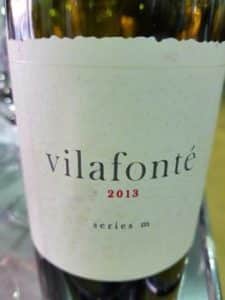 Your kind of elegant?

It strikes me there are two opposing conceptions of what “elegance” in wine means. After attending the recent “SA Luxury Red Wine Taste-Off” featuring 12 wines priced between R735 and R2 450 a bottle, I made the observation “sweet and smooth trumps savoury and grippy” which upon reflection, seems superficial.

What’s really going on is this: All producers at the top end of the market think they are striving for “elegance” but not everyone understands the notion the same way. This became particularly clear to me yesterday when Vilafonté co-owner Mike Ratcliffe and winemaker Martin Smith presented the 2003 to 2013 vintages of their Bordeaux-style red called Series M, the 2013 being the 10th vintage to be released, there having been no 2008.

Ratcliffe refers to Series M as the “M&M wine” with Merlot and Malbec coming to the fore more and more in the wine over time. The last four vintages, i.e. 2010 to 2013, were a cut above anything before in terms of overall quality but what’s curious about them is that they alternate in composition: the even vintages being Merlot-led and the odd vintages being Malbec-led.

Not surprisingly, the even vintages also present differently to the odd vintages in terms of style and here is where I gained my insight regarding “elegance”. The Merlot-led 2010 and 2012 tended to be more succulent, luscious, supple and “feminine” if you will, this causing winemaker Smith to describe them as “elegant” while for me, these were the most modern, fruit-forward and New World and therefore the least “elegant”.

The Malbec-led 2011 and 2013 meanwhile were relatively more dry and savoury with firmer tannins, wines which Smith referred to as more “masculine” but for me were more Old World and therefore the most “elegant”!

Context is such a big part of wine assessment and when I encountered the Cab-led Vilafonté Series C 2013 in the Luxury Red Taste-Off, I placed it joint-second with my tasting note as follows: “Incense and attractive oak on the nose. Good depth of fruit, fresh acidity and fine tannins. Dense and smooth textured, very good in an international style”, scoring it 93/100.

The Vilafonté team state categorically that they want to avoid anything “green” (pyrazine-related) in their wines and they are most definitely succeeding. When you look at 10 vintages of either Series M or Series C, then some vintages are going to look more sensuous and others more structured.  Stick them into a broader line-up of South African Bordeaux-style reds and I think you will find that they come across as particularly fruit-forward and soft. It’s up to you to decide if that’s your thing.