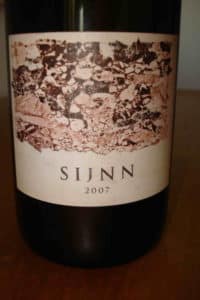 Below is a list of my 10 best wines for 2010. Where I encountered them blind, I scored them well enough but they appear here in that they provided me with great drinking pleasure. Some are established benchmarks, others are relative newcomers that I think show the way forward.

Beaumont Hope Marguerite Chenin Blanc 2009
I’ve always liked this wine but winemaker Sebastian Beaumont seems to have taken it to a new level of quality in the past two or three vintages. Not overworked and immensely age-worthy.

Crystallum Cuvée Cinéma Pinot Noir 2008
Pinot Noir is meant to be all ethereal and haunting but this wine blew me away with its fruit integrity (grapes sourced entirely from a Hemel-en-Aarde Ridge property). I’ve yet to taste the 2009 but am reliably told it is even better.

Hamilton Russell Vineyards Chardonnay 2009
A great vintage from a great producer. Exceptionally well put together and good few years off its peak.

Eagles’ Nest Shiraz 2008
So much of local Shiraz is weighty and powerful and bloody tiring to drink. This offering from cool-climate Constantia is pretty without being at all insubstantial.

Lanzerac Pionier Pinotage 2007
After long having been sceptical of Pinotage, I encountered at least half a dozen this year that I thought were really exciting wines. Which one to include in a top 10 list? The first commercial release of a Pinotage was when the 1959 harvest from Bellevue was sold under a Lanzerac label in 1961 and it seems appropriate that there’s again a top example that bears this name.

Paul Cluver Chardonnay 2009
The Wagon Trail Chardonnay 2009 as made by Paul Cluver’s Andries Burger for this year’s Cape Winemakers Guild is crackerjack (I scored it 95/100 in a blind tasting) but the standard label 2009 is not too shabby either (best in class at this year’s Old Mutual Trophy Wine Show).  With the former having fetched an average of R1 613 per six-bottle case compared to the latter’s R720 per case from the farm, and with the global recession dragging on, it’s a no-brainer which one to opt for.

Reyneke Reserve White 2009
In a word, arresting. Fantastic fruit expression although still very tight. Making biodymanic wines is pretty trippy by all accounts but I tell you what, so is drinking it (in the best way).

Shannon Vineyards Mount Bullet 2007
When I first encountered this wine blind, I mistook it for a blend on the basis that I could not believe that a single varietal Merlot made locally could have such profundity. Less flashy than the 2008 that rated 5 Stars in Platter’s 2011.

Sijjn 2007
42% Shiraz, 26% Mourvédre, 21% Touriga Nacional, 10% Trincadeira, 1% Cabernet Sauvingon. This wine made by David Trafford of De Trafford is labelled “Wine of Origin Swellendam” with the vineyards between Malagas and Cape Infanta. A flavour profile that is unusual but also instantly captivating. The Swartland is not the only area doing innovative stuff.

Emul Ross, winemaker at Hamilton Russell Vineyards in the Hemel-en-Aarde Valley, describes 2021 simply as a “great vintage”. How so? It was later and cooler than usual - the average...

Paul Clüver of Paul Clüver Family Wines in Elgin relates that Chardonnay is particularly prone to delayed foliation and, in turn, uneven fruit set, something that is exacerbated by mild...