David Clarke: Does the SA wine industry make the most of its diversity? 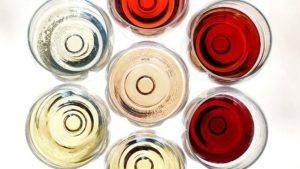 “Diversity is in our nature”: a phrase that if it means anything at all, has more than a whiff of entitlement to it. This was, until recently, the slogan for Wines of South Africa (WOSA), the official export marketing arm of the South African wine industry.

Contrast this with “Pluralism is not diversity alone, but the energetic engagement with diversity”, attributable to the Harvard University Pluralism Project. Although the Project focuses on religion rather than wine, there are enough of us in the vino industry who behave as if guided by doctrinal law as to invite confusion….

Hopefully it could be a situation where minority players participate fully in the market with the dominant players, maintaining their differences, resulting in mutual benefit. Perhaps it would be part of a cycle and its existence would increase and lessen with the passage of time. Is it possible that most participants in the industry, both individuals and groups, could celebrate their differences, instead of trying to establish and maintain superiority? The old passive-aggressive attitudes that have produced one-upmanship and slander might then be uncommon. This collective attitude could morph into one of support for, a genuine interest in, and a desire to understand other stakeholders in the industry.

If actualised, this new attitude could mean that the blind (and often unjustified) belief that “our wine is better because it is ours” would be almost gone. Natural jealousies that exist could be used as fuel to get better and treated as tools to learn, not opportunities for vitriol and rumour mongering. Both the next-door neighbour and the wine producer from halfway around the world could be seen as friendly competition, not an adversary.

It is demonstrable that examples of particular thinking and behaviours increase in number and in frequency as the benefits of that specific approach becomes continually more evident. In short: success breeds copycats.

Suppose this thinking was adopted? And it spread?

Perhaps the cool-climate producer could find, by actively engaging with, and recognising and lauding the qualities of, their warm-climate comrade (and vice-versa) that the sharing of information and experiences might lead to a positive impact on their own wines.

The restaurant that works together with the logistic company could find that deliveries become more efficient and easier to manage.

The pinot noir producer who helps market the Burgundy importer’s product to restaurants and retailers finds their own wines improving and becoming more popular.

The small, independent wine agent might realise the benefit of having giant companies enter new markets and create a client base that was not there previously.

Producers who buy grapes from growers might benefit from ensuring enough incentives for the farmers to care more for the land and for the people who work it.

Government departments might refuse to be strangled by bureaucracy and start engaging with producers to understand different production methods and styles of wine. It might then free up innovative producers’ time, energy and capital to attempt to diversify and improve the vinous offerings of the Cape. Government and industry organisations might also start to see the advantages of marketing South Africa’s wine locally; and be driven internationally to increase value, not just volume.

This thinking could conceivably spread to related industries, such as domestic and imported beer, spirits and food. They might no longer see each other as competing for the same Rand, they would perhaps view themselves as comrades-in-arms; engaging and providing a better product for the South African public (and beyond) must be the aim.

Some stakeholders work together much more naturally than others, and of course there would still be those that would remain bitter and jealous towards the rest of the industry, especially to those who do things differently. There seems little doubt that a number of wine producers and marketers would still recoil at the possibility of craft beer exhibitors at a public wine show for example, rather than embrace the diversity and use their presence to access a different market. Numerous restaurants would still push the cost of wine up (while pushing relative quality down) by charging wineries and distributors an annual fee to have a wine on their wine list rather than choosing the wines on merit and giving their customers more choice. Sadly, one can postulate similar scenarios ad nauseam.

One of the main issues of not embracing and celebrating diversity is the threat of homogenization. This first needs to be recognised, and then actively and consistently fought against in the South African wine industry.

Where many will find my thoughts naïve and quixotic, and perhaps they are right, I hope others will find some sense and pragmatic possibilities. Of course there are those in South Africa who already celebrate diversity and work together for mutual, and sometimes universal, benefit.

Examples such as the Cape Wine Auction, the Swartland Revolution (although this is a case where the opposite could be argued: though celebratory by nature, the key to this brand’s identity lies in its difference to the rest of the industry) and sommelier Higgo Jacobs come to mind immediately. There are others, but certainly everyone impacted by the wine industry in South Africa, from producers to consumers, should wish that this list continues to grow.

The good news for the South African industry is the potential for amelioration; if stakeholders started and continued to work together and concentrate on accentuating strengths rather than pointing out shortcomings of others, this small (by world standards) industry could make an ever bigger impact in global markets.

David Clarke of the agency Ex Animo Wine Co. provides a podcast consisting of a series of interviews with industry figures, and recently caught up with editor Christian Eedes for...

David Clarke: How restaurants can improve their year-round wine offering

With more and more of the top wines in South Africa moving to annual releases of "take-it or leave-it" allocations it is very useful to have a "war chest" of...

Ocean Basket scraps listing fees – the start of something big?