Do we need affirmative action for reds? 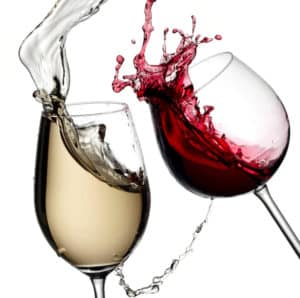 When it comes to wine assessment, calibrations are a pretty big deal. How to rate a big-name wine which underwhelms or conversely a supposedly humble offering which charms and delights? It’s handy therefore to encounter a wine like the Grenache Blanc 2015 from Donovan Rall, the class of which is so self-evident it quickly re-establishes the quality hierarchy (see here).

Thinking about this Grenache Blanc off Piekenierskloof vines, it again got me wondering as to why our top-end whites are still so much more convincing than our reds. Here are some thoughts:

Firstly, there’s no avoiding the issue of leaf roll virus, with this detracting much more from red than white wine quality (see Michael Fridjhon’s recent thoughts on the matter here). While it is possible to produce acceptable to very good white wines from older vines which are moderately virused, the same is not possible for reds.  Red varieties tend to ripen later, and because virus-infected vines perform below potential, full physiological ripeness is often never attained.

Secondly, there is the issue of vineyard age. In large part because the national vineyard was historically planted with a view to producing distilling wine, there are many more old white grape vines than red. As to why old vines produce more characterful wine is not that readily explained, but there is plenty of anecdotal evidence that they do.

Then there is the issue of growing conditions. Most of the South African winelands are warm. When it comes to whites, the worst of the summer can be avoided by picking early before flavour development is compromised by too much heat. With reds, meanwhile, any under ripe flavours are not to be tolerated but obtaining full ripeness often corresponds to a lack of finesse.

It also needs to be accepted that the market is very small for de luxe white wines. Red wines are viewed as “more serious” by consumers and hence are capable of demanding more of a premium. As a result, the tendency is to make local reds are “big and bold” with any expression of site obscured by standardised viticulture and heavy-handed winemaking – delayed picking, concentration of the must, heavy extraction via multiple pump-overs and punch-downs. This makes for wines of power and weight rather than elegance. White wines, meanwhile, are often less adulterated – they are picked less ripe, are not subjected to heavy acid additions and receive less wood treatment…

Finally, it might be argued that our winemakers are philosophically more inclined to follow their own path with white wines rather than reds. They have made Chenin Blanc their own and so-called Cape White Blend (Chenin Blanc-driven and oxidatively made) are emerging as a world-class category which has just about no precedent whereas many are still obsessed with with re-producing Bordeaux, Burgundy and the Rhône in the case of reds.