Does South Africa have a signature red grape?

It might not have been that clear cut 20 years ago but Chenin Blanc is now pretty much established as South Africa’s signature white grape – we have by far the largest plantings of any wine producing country and it allows us to make wines of high quality but also not easily imitated in terms of flavour profile. Top-end local Chardonnay might be enjoying a golden period but there are plenty of other areas adept at this variety elsewhere in the world while there will always be something of a glass ceiling that applies to Sauvignon Blanc both in terms of reputation and the price that it is able to fetch. 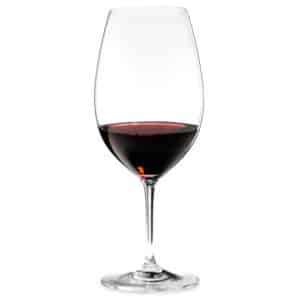 When it comes to our signature red variety, matters are more complicated.  For a long while, there was a certain faction that argued vociferously that it should be Pinotage but their efforts were undermined by too many wines of poor quality. Today, the variety is no longer a laughing stock – much better technical acumen means less flawed wines while there is also a greater spread of styles than ever before – but most view it as regional curiosity rather than the single key to unlocking global markets (read more here).

This might seem to leave Cabernet Sauvignon pitted against Shiraz. In favour of the former is a track record going back to the 1960s and the 1970s, wines like GS ’66 and ’68 plus Nederburg 1974 the stuff of legend while Shiraz is the darling of the New Wave and its acolytes – think Boekenhoutskloof, Mullineux, Porseleinberg and Reyneke Reserve.

The market dictates however and Cabernet is in drastic decline –  it might still be South Africa’s third most widely planted variety but it is well past its peak, total area having dropped by 17.5% from 2005 to 2015, 11 170ha in the ground at that time.

As for Shiraz, it traditionally finds its best expression between Côte Rôtie and St Péray in the Northern Rhône on a latitude of about 45⁰ north and in an area that is continental rather than Mediterranean. The local winelands are situated at around 33⁰ to 35⁰ south, making them much closer to the equator, warmer and hence compelling winemakers to mix and match to achieve complexity. This point has been made before but I’m not sure it can be made too often.

There are of course a number of niche varieties, each with their impassioned followers. So for instance, you have those who are obsessed by Cabernet Franc or Cinsaut or Grenache or Pinot Noir and while each of these categories has some high-flyers when it comes to producers, none of these are going to make a huge impact on the global scene because the depth of talent simply isn’t there.

To return, then, to the question as to what constitutes South Africa’s signature red, it would seem that it is never going to be a single variety but rather blends. Alternatively, it might be argued we will never have a signature red wine, a wine that captures the collective imagination of the wine world more than any other, and perhaps that’s alright, too.

From a 1968 Swartland vineyard of Pinotage farmed by Scholtz Rossouw, made by Jurgen Gouws of Intellego and bottled by David Clarke of wine agency Ex Animo, this wine sees...

Today saw a comparative tasting of Hunter Valley and South African Shiraz, 12 top examples of each, held in Fresnaye, Cape Town. Out of the 24 wines tasted, South Africa...

After presenting his new-release The Owl Post Pinotage 2014 yesterday, Neethlingshof winemaker De Wet Viljoen showed a wine blind to a small group of media and asked us to guess...