Does terroir get enough respect in SA? 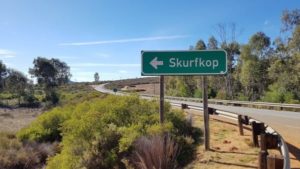 A special patch of dirt.

Blending masks terroir. Is that a fair comment? Terroir is the notion that wine should taste of the place where the grapes grow. Wine, of course, does not make itself so you have to factor in how one particular winemaker as opposed to another might choose to convey place, via the medium of grape, to drinker but the capacity of a wine to express its sense of place is generally seen as the decisive quality factor.

In South Africa, the term “single vineyard wine” may only be used in respect of wine produced from grapes derived from a production unit which is registered with the authorities – such a production unit must consist of a single variety and the area may not exceed six hectares. It is curious that more producers do not avail themselves of this designation and, moreover, that the official register is considered confidential.

Some of our best winemakers seem conflicted as to whether or not they should pursue a single vineyard model. New releases from Lukas van Loggerenberg of Van Loggerenberg Wines, for instance, include Kameraderie Chenin Blanc 2017 which is made entirely from a 2ha Paarl block  planted in 1960 (R400 a bottle) as well as Trust Your Gut Chenin Blanc 2017, 45% of grapes from Stellenbosch, 45% Swartland and 10% from the same Paarl block as Kameraderie (R370).

To some extent both Van Loggerenberg and O’Keefe are forced to buy in grapes from multiple sites in order to have sufficient volumes to be economically viable but what then of the new wines from Leeu Passant where you would think financial constraints are less of an issue?  In the case of the second-vintage 2016s, Andrea and Chris Mullineux have a Chardonnay from a single, late-ripening, Helderberg vineyard and the so-called Dry Red Wine which consists of 37.5% Cabernet Sauvignon from Stellenbosch, 37.5% Cinsaults sourced jointly from old vines sourced jointly from Franschhoek and Wellington and 25% Cabernet Franc again from Stellenbosch. Is the former a “terroir wine” and the latter not?

In the Old World, the vintners, especially those whose families have been growing vines in the same location for generations, know exactly which sites consistently yield exceptional as opposed to only good as opposed to mediocre wines. This allows them to add a qualitative element to their various classification systems, which helps orient consumers accordingly.

Site-specific wines which have shown themselves to be significant in terms of consistently producing wines of the greatest quality but also individuality are the next step in the development of the modern South African wine industry. It is not a process to be completed overnight but will require careful observation and analysis by all stakeholders probably over a decade or two. It might be argued that it has already begun, the Old Vine Project being a notable initiative in this regard, but the realization that greatness comes from the vineyard and not the cellar needs to become more widespread and entrenched.