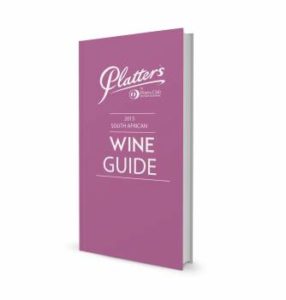 So what are the surprises in this year’s list of Platter’s 5-star wines? Perhaps, firstly, that there are just 50 of them (plus one new brandy – only new brandies were tasted this year). That’s down from 80 wines last year. It’s a good move on the whole to tighten up standards, though I do think we tasters for Platter’s 2015 were generally rather too severe at this final hurdle (though not necessarily at  earlier stages) – especially with chenin blanc and shiraz, the big losers this year along with dessert wines.

Last year there were 11 chenins and 11 shirazes, this time there are just three and five, respectively. Three chenins is surely too few for arguably, along with white blends, the Cape’s strongest category. Clearly a panel in austere mood. I was judging shiraz, and we were probably also too harsh, even if the overall reduced number is, in principle, a good move.

The radical drop in chenins and dessert wines (just two desserts this year, after seven last year) played a substantial role in the overall red:white ratio. There were more 5-star reds than whites this year (including all the fortifieds): 24 whites, 26 reds. Last year whites led by a long way – which I’m confident is the way it should be!

Also playing a part in the colour balance was the generosity of the panel judging pinot noir, with four triumphing (just one last year). All lovely wines but, as I suggested in an earlier post on this site, aren’t we being a little too kind to our pinots (see here)?

One of them, Newton Johnson Family Vineyards 2013, is, I think, now the only wine in Platter’s to have an unblemished lengthy record of 5-star wins, having first made it with the maiden 2008. Rather sadly, Nederburg Ingenuity White stumbled this year, for the first time since the 2007.

But it’s good to see Boekenhoutskloof represented again – I think this is their 16th 5-star, surely more than anyone else? And Sadie Family, with three this year (and one could easily imagine that number being higher) becomes the first winery to get a second Winery of the Year Award – in the same year that it was voted the country’s best by the international panel of judges I convened for the Mail & Guardian.

A surprise must be Gottfried Mocke going hungry – after leading Chamonix to being Winery of the Year in the 2013 edition. At least Mullineux, last year’s top winery, got one, to keep their place warm.

If Sadie scooped up that bit of prestige for the Swartland, Stellenbosch won both Wines of the Year: De Trafford Blueprint Syrah 2012, and DeMorgenzon Reserve Chardonnay 2013 – the second successive year White Wine of the Year has gone to this ever-rising winery (last year it was the Maestro white blend).

Stellenbosch was the runaway winner when it comes to origins of 5-star wines (incidentally, how good to note that the overwhelming majority had specific origins – not Coastal, etc). A rough count gives me 18 from Stellenbosch, with Swartland way behind with seven, and Hemel-en-Aarde with five (all four pinots!). But at least 10 other significant areas shared in the spoils, from Elim right up north to Olifants River.

It has to be a controversial, debatable list, of course. But the new rigour and care taken in selecting 5-star winners has been a good thing. If it heralds a general tightening of standards, even better. Cape wine has seen such improvements in the last decade or so that a radical recalibration by Platter’s – from top to bottom – is most desirable.