September 2019 has been a highly significant month for the South African wine industry. Not only did London’s buyers get treated to one of the most exciting and dynamic wine tastings yet with the third New Wave 2019 trade tasting organised by a handful of top specialist South African fine wine importers, but back in Cape Town the second Strauss Fine Wine Auction was conducted with a high degree of success. Significant? Why? Surely they were just another two wine events in an increasingly busy Northern Hemisphere Autumn / Southern Hemisphere Spring schedule? No. I would argue what we witnessed was the strong ongoing emergence of two complementary forces of attraction… the perfect yin and yang of the maturing South African fine wine trade.

As a keen supporter and commentator on the developing secondary fine wine market in South Africa and indeed internationally, I found the mood a little odd and a trifle celebratory from some quarters of the press that the second Strauss Fine Wine Auction had “only” sold 65% of the larger offering of fine wine lots in Cape Town (read Tim James on the subject here). While organisers Roland Peens and Higgo Jacobs appeared stoical in their acceptance that the buying mood was perhaps slightly more subdued than hoped for or expected, they should have been, in my mind, far more bullish and positive. For such a new endeavour in basically a virgin market that is effectively highly cash strapped and economically challenged, the results were very positive in reality.

The fine wine market, whether in South Africa or London has always been based on sentiment-driven trade. Positive economic times open wallets and push spending budgets. Cautious times lead to restraint and circumspection. It’s just plain human nature. I can’t but help celebrate and feel proud about the new ground being broken, the fresh earth being tilled to establish a new culture, a new mindset and a new attitude and way of buying fine wine for both younger and older wines. The clock has been reset and things will never be the same again.

Perhaps the organisers of the Strauss Fine Wine Auction should study the active auction market in the UK a little closer. Auctions are often and plentiful and in the past, when times have been challenging economically, selling 65-70% of lots would be considered a successful auction. To nit-pick overly about final prices realised is pointless as the market supply and demand will ultimately always set the final prices. Onwards and upwards I say. There can be no holding back the incoming tide of change. 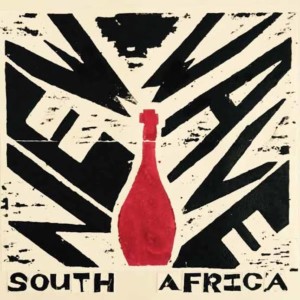 Equally as important as the Strauss Auction, what we witnessed in London at the New Wave Tasting was a veritable fine wine feeding frenzy. I’m sure the organisers won’t mind me divulging the fact that a 400-person max venue for the tasting on the 3 September had over 880 trade guests register to attend. It would be a gross understatement to say that organisers were terrified of the thought of senior trade buyers arriving only to have to queue outside on a one-in-one-out basis. Fortunately, people in London are busy and also highly professional and many tasters swept through the event sufficiently swiftly to allow minimal queuing and disruption outside.

If the home market demand is the yin, then the new-release demand overseas must surely be the yang. As events transpired, this was the first event Eben Sadie’s wines were not displayed for tasting due to lack of stock and rock stars like Chris Alheit and Duncan Savage were effectively only attending as cheerleaders, showing their highly-rated ranges of wines that were both notionally sold out and fully allocated before the event. There was indeed a sniff of Burgundy En-primeur rarity about the tasting where trade punters were knowingly tasting wines they knew were already long sold out and effectively unobtainable. But the draw of tasting these icon producer’s wines remained as great as ever.

We also need to celebrate the London event for highlighting the sensational wines and winemakers of newbies like Jessica Saurwein, Sam Lambson from Minimalist Wines, Guillaume Nell from Lysa and Wade Sanders from Brunia in the Sondagskloof ward to mention just a few. These are the next generation of fine wine producers, the next generation of winemakers in line to reap the benefits of high UK demand, production scarcity and an all-round bullish brand South Africa.