Greg Sherwood MW: The Responsibility of a Wine Critic 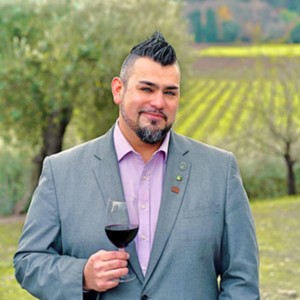 Here in the UK the clocks have now gone back an hour and the wintery nights are rapidly drawing in. Yup, it really does get dark before 4pm a la Arctic circle. But of course not only is October, November and December one of the most frenetic, make-or-break periods in the retail wine trade, it is also a time when many new premium releases arrive in the UK market. From Kanonkop Paul Sauer 2016 to Warwick Trilogy 2016, MR de Compostella 2017 to Eben Sadie’s 2018 Old Vine Series wines. Plenty of vinous treats to focus the minds and wallets of both the wine trade and consumers leading into Christmas. This year however, we have also seen the release in close succession of two important critical “report style” reviews of a broad swathe of some of South Africa’s finest wines. The Robert Parker’s Wine Advocate released the first reviews by their new critic Anthony Mueller who will be covering South African wines along with other North American categories, followed closely by the South Africa Report by the influential UK based critic Neal Martin writing for Vinous.com.

When Neal Martin was handed the reins at The Wine Advocate he also became the de-facto anointed son and successor to Robert Parker himself, the most powerful and influential wine critic on the planet. Having the responsibility for reporting on both Burgundy and Bordeaux placed Neal in an incredibly powerful position as a wine reviewer. But not only did Neal have to review these iconic regions, he was given the responsibility for South African wines – the only logical and practical solution for The Wine Advocate given the ease of travel to South Africa from London and the negligible time zone differences. I can still remember Neal Martin’s highly anticipated maiden report on South African wines. Humble and insightful with a clear tone that this was an area he was still getting to grips with but also one that he was honoured to review given the incredibly exciting range of new producers and new wines coming out of the most exciting “New World” wine region in the world. Despite this enthusiasm, there were still murmurs after the release of his report that many of the wines were scored too low “because he simply did not understand the wines or the regions they came from sufficiently.” However more realistically, it would in my opinion have been more likely a combination of Neal trying to be both cautious and conservative as well as because he was writing from an enviable critical vantage point as someone who really does taste the greatest wines in the world on a daily basis. Wines many of us in the fine wine trade could only dream of tasting once in our lifetime let alone regularly.

However cautious and conservative Neal Martin may have been in those early days, he was not scared to award high praise where it was genuinely deserved. Wines from Bruwer Raats, Eben Sadie and Mullineux among others had their high-quality wines rewarded with real critical praise. Where scores where perhaps slightly more modest but the wines impressive nonetheless, Neal seemed to take a page out of the great Bob Parker’s book and attempted to describe the wines with great aplomb and descriptive enthusiasm. This style of writing from Robert Parker undoubtedly led to the phrase being coined, “read my notes, not my scores.” Neal Martin is now a seasoned South African wine commentator and has earned the respect of producers and the greater South African wine industry. So it was with great relief that Neal agreed to continue reviewing South African wines when he made his high-profile move from The Wine Advocate to Vinous.com run by Antonio Galloni (another ex-Wine Advocate critic) when the magazine was sold to the Michelin Group.

Neal’s boots at The Wine Advocate where never going to be easy to fill in regards to reviewing Bordeaux and Burgundy let alone South Africa. With Bordeaux and Burgundy accounting for the lion’s share of critical meat for the revenue of the magazine along with Italy and California, these categories were hastily reallocated. South Africa as might be expected, was left out in the cold until the appointment earlier this year of Anthony Mueller. Never an easy task reviewing a fast-changing and evolving wine country like South Africa from afar, Anthony made his first trip to South Africa in a reviewing capacity in May 2019 and from all accounts from those who met him, was an amenable and agreeable fellow with an evident talent for tasting. Unfortunately, the publication of his first report and reviews on South Africa at the end of October revealed more of a rabbit in headlights than the persona of a self-assured, confident critic able to call out the real talent.

My initial negative comments made on Twitter after reading his report were born out of sheer disappointment, shock and disbelief rather than implied as any kind of personal attack on the character or skills of Anthony Mueller himself who I have admittedly never met in person. Nevertheless, when one is vested with such great responsibility and power for shaping views and opinions on so many winemaker’s livelihoods, the onus is on the critic to step up to the plate and prove their worth and skills, providing an accurate, educated and insightful appraisal of the wines they tasted. Sadly Anthony Mueller’s report and especially his critical scores reflect a reviewer blatantly out of their depth and out of their comfort zone in a wine country they have simply failed at the first hurdle to acquire any kind of nuanced and qualitatively accurate understanding of. Certainly a great opportunity for any top South African producers’ fortunes in the US market sadly lost and their hard work possibly even set back by several years. Not the Christmas present any of us selling South Africa’s finest and most exciting wines would have wanted. While I have no idea when Anthony Mueller will return to South Africa for a second bite of the cherry, let’s hope that he will, with time, learn to embrace the finest wines of the rainbow nation and begin to appreciate them as much as his predecessors have learnt to.