How bankrupt is SA wine? 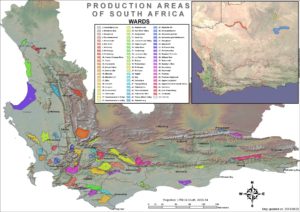 For all the advances in wine quality the South African wine industry has made in the last 20 years or so, there’s currently a not-so-latent anxiety about a lack of profitability. According to national industry body, VinPro, 30% of the country’s wine producers are loss-making, 49% are low profit and 6% break even. Only 15% are profitable.

So what’s going to happen next? First, let’s accept that capitalism will prevail. “Should the price of grapes just be left to the market, to the occasionally brutal laws of supply and demand?” asked Tim Atkin MW in his keynote address at the recent Nederburg Auction before answering his own question by saying “I think there’s an argument for intervention. It may smack of KWV-style protectionism, but why doesn’t the industry agree, at the very least, on a minimum price for old vine fruit?”

It’s not a bad idea but there are irresistible macro-forces at play. Always have been and always will be. The Cape wine industry is 357 years old and the composition of the national vineyard has morphed this way and that over that time as Tim James points out in this article entitled “The Four Periods of SA Wine History by Variety” from earlier this year.

Consider, for instance, that Chenin Blanc plantings have dropped from 22 566ha in 2000 to 17 965ha in 2015 while Sauvignon Blanc has risen from 5 436ha to 9 263ha over the same period, and you realise that such changes happen faster and faster.

What would an ideal industry structure look like right now? Atkin points out that South Africa “make(s) too much drinkable wine too cheaply for (its) own good” and with only 4.1% of the world’s production, the industry simply “cannot play the volume game” – the likes of heavily subsidised France, Italy and Spain always set to fare better.

One scenario Atkin envisages is that we may have to pull out as much as 15% of the national vineyard. To which, I would say: It is happening already. According to SAWIS, the total surface area planted to grapes peaked in 2006 at 102 146ha and has declined every year since then, sitting at 98 597ha at the end of 2015.

Atkin points out that the danger with these uprootings is that farmers do away with their lowest yielding blocks, which could include their oldest and (in quality terms) best vines. As he rightly argues, this needs to managed, with official interventions happening to prevent any critical losses.

So is the golden era of SA fine wine that we are apparently living through, set to come to an abrupt halt? Not at all. Wine production, or at least fine wine production, is very often undertaken against the odds. Those that embark on it do so for other than purely logical reasons. Some will fail but better to have tried and failed than never to have tried at all. Others, however, will succeed and succeed gloriously.

And it’s not just for narrow reasons of wine quality that we need our fine wine independents – the so-called “Young Guns” – to triumph, because for all the seeming permanence of capitalism, what they represent with their commitment to organics and biodynamics and charging a fair price and basically doing good by your fellow man and the planet, is that there might be another way to live.