SA wine history: On some early opinions regarding Cape Wine

This week will see over 1,000 visitors from more than 40 countries descend on the Cape Town International Convention Centre for Cape Wine 2018, which aims to showcase how the quality of wine produced on our shores has improved exponentially over the past couple of decades.

The theme this year is ≠Hannuwa, an ancient Khoisan word describing the holistic connection between people and land. ‘It encapsulates the philosophy of the South African wine industry as a pledge to farm sustainably and be a custodian of the land and preserve it for future generations,’ says Wines of South Africa communications director Maryna Callow. ‘We endeavour to promote an environment of dignity, equality and upliftment for all whilst protecting the unique and valuable biodiversity of our winelands and safeguarding the rich heritage of our industry.’

As far as the rich heritage of our industry is concerned, and in anticipation of international media coverage of Cape Wine 2018, I thought it would be fun to find out what some of the Cape’s very first visitors thought about our vineyards and wine in the mid to late 1600s. 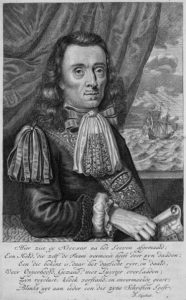 The first foreign visitor to review the Cape’s wine was Johan Nieuhof, who described the (maiden) 1659 vintage as ‘sourish’.

One of the first to step ashore was the Dutch traveller, Johan Nieuhof, who arrived on 9 February 1654. Although this was more than a year before the first recorded arrival of viable vine cuttings, he observed: ‘The soil at the Cape is mostly clay, so that everything will grow there, although in some places it is stony, shelly, or sandy.’

When he returned to the Cape in March 1659 – six weeks after commander Jan van Riebeeck uttered those famous words: ‘Today, praise be to God, wine was made for the first time from the Cape grapes’ – Nieuhof noted: ‘On a certain hill [Bosheuvel, present day Bishopscourt] our folk have planted some thousands of vine-stocks, which give abundance of grapes, but a sourish wine.’

July 1658 saw Dutch ship’s surgeon Wouter Schouten visit for the first time. ‘We saw with great pleasure and astonishment the pleasant, fine and lovely land of the Cape of Good Hope … in which we found heaven-high hills, steep rocks, terrible wastes, lovely valleys, fields and farms.’

Schouten found ‘everything very changed and exceedingly pleasant’ when he returned to the Cape in March 1665. ‘We saw with amazement the increase in the farms, gardens, orchards and flourishing plantations … as also vineyards.’

In December 1666, a French East India Company official named Urbain Souchu de Rennefort visited the Company’s Orchard at Rondebosch. He marvelled at the herbs, flowers, vegetables, olive trees ‘heavily laden with fruit’ and especially the two arpents (almost 7,000 square metres) of vines. ‘The grapes would be fully ripe in another three weeks,’ he wrote. ‘Some bunches of them were already eatable, and their wine, according to those who had drunk it, was similar to that of the Rhine.’

In 1668, a German soldier named Johan Schreyer visited the Cape, recording: ‘The grapes grow to such a size and sweetness, that one cannot sufficiently marvel at them.’

In 1670, the Norwegian cadet Frederick Andersen Bolling noted: ‘There are already nearly 100 farms which have spread themselves over the land, and who day by day plant vineyards.’

November 1676 saw the arrival of Abraham van Riebeeck, son of the Cape’s first commander (not to mention its first winegrower) Jan van Riebeeck. The future Governor-General of Batavia found the Company’s Orchard at Rondebosch to be ‘very beautifully planted with trees and vineyards’ but had more to say about a farm owned by one of the first vrijburghers (free citizens), Wouter Mostaert.

‘We first looked at his vines, of which he had a good number there, all well provided with grapes which were still growing, since it was not yet the time for them. The said Burgomaster Mostaert said that some years he had pressed 9 leaguers (5,067 litres) of wine from them, and once even 12 leaguers (6,756 litres). He let us try also the Cape wine pressed by him, which had the colour of French wine, but tasted somewhat of the fennel with which he cleaned the vats, and the wine was not strong in taste, although if much is taken it can well cause one’s head to turn on the next day.’

Johann Wilhelm Vogel, a German mine assayer who visited in April 1679, wrote: ‘Since the land is blessed by God with such a healthy and temperate climate, more and more Europeans settle there, and cultivate the soil more and more, so that now the loveliest farm-fields and pastures are to be found there, and a great quantity of wheat is produced each year, as also a tasty wine, closely resembling French wine.’

Similarly, Elias Hesse who visited the Cape in March 1681 to examine some of copper mines, wrote: ‘No land under the sun is so well endowed and adorned with pleasant and agreeable plants and trees as this.’ He found the local wine to be ‘very good’ – in fact, hard to resist: ‘All the refreshments of the land proved to us more damaging than helpful, since from them most of us suffered from the flux [diarrhoea] but the reason was that [we] drank all too much wine, and ate too many Spanish Speck and water-lemons.’

More ‘helpful’ refreshment awaited Hesse on his return in June 1683: ‘I was at once welcomed by an honest Saxon, and regaled that same evening with the fruits of the country and African wine. In this agreeable company and with this good refreshment which at once restored me, I soon forgot the manifold discomforts of the journey.’

Another German, Christof Frikius, arrived on 27 September 1681 and found ‘plenty of good Beer, Wine, excellent Bread, and such sort of things as well as in Europe’. In particular, he enjoyed a meal at the home of one of the vrijburghers: ‘I had a very good Dinner of Meat, roast and boiled, and Fish, with excellent Sallad, and Butter, and Cheese, and delicate Beer, all for one Shelling, (which is but six pence English); but Wine I was forced to pay for.’

During the 1680s, the Cape was visited by a number of French travellers, among them François-Timoléon de Choisy, in his youth a transvestite of some notoriety but by the time of his visit (May 1685) a reformed monk and second-in-command to the ambassador of Siam (Thailand).

He wrote: ‘The wine of the country is white, very pleasant, with no earthy taste, and much resembles that of the Génetin: it improves at each harvest.’ [During the 17th century, Génetin was another name for Sauvignon Blanc from Pouilly-sur-Loire.]

The ambassador to Siam himself, Chevalier de Chaumont, thought the Cape’s grapes ‘better than those in France’ and noted that the Company bought wine at a very low fixed price from the vrijburghers, then sold it for five times more to foreigners…

Father Guy Tachard, a mathematician who had been sent to Siam by King Louis XIV and was now returning to France, arrived at the Cape in March 1686 during the harvest: ‘We ate the African grapes, which grow abundantly and have a marvellous savour. The white wine is very delicate, and if the Dutch knew as well how to tend their vines as they know how to plant colonies and carry on trade, they would soon have good red wines as well.’

On his second visit to the Cape in March 1688, German gardener Georg Meister wrote: ‘I visited the well-cultivated land, which was so well planted with all sorts of crops such as rye, barley and various sorts of cabbage that it is almost indescribable. Especially I pass over in silence the many and lovely vineyards which the Dutch inhabitants have set along the hills in a few years of untiring diligence, and have extended little-little.’

Their wine, wrote Meister, was ‘pleasant in taste, somewhat resembling the Spanish wine, but much of it is exported to Batavia and to Holland itself, and sold to the ignorant as the best French wine’.

After visiting the Cape in April 1691, the British military engineer/privateer William Dampier wrote: ‘The Country is of later Years so well stockt with Vineyards, that they make abundance of Wine, of which they have enough and to spare; and do sell great quantities to Ships that touch here. This Wine is like a French High Country White-wine, but of a pale yellowish colour; it is sweet, very pleasant and strong.’

In 1693, the English chaplain John Ovington found the Cape to be a ‘fair Country … blest with a Soil as pregnant as the Days are pleasant’. The beer he found to be ‘sprightly’ while the wine had, he said, a ‘healing Oily quality’.

In May 1694, German ‘soldier and sailor, too’ Christoffel Langhansz found ‘an abundant production of wine, and plenty of it to be had … in my opinion as good as the best of the French wines… well to be compared with those of Franconia’.

And when he arrived in October 1699 after ‘as miserable a voyage as I ever endured in my life’, the German adventurer and baker Martin Wintergerst found a country ‘so splendid that … it can rightly be called one of the very best on the face of the earth’ and reported that ‘now the finest wine can be made here, and exported to Batavia in great quantities’.

Not everyone was impressed, needless to say. After visiting the Cape in February 1698, French explorer and naturalist François Leguat wrote: ‘To speak Truth the Wine is none of the best, being apt to be Green, which proceeds partly from the Peoples not giving themselves the trouble to chuse such Plants as are most agreeable to the Soil and Climate, and partly in that they are not accustom’d to support the Branches with a Vine-Prop. They are likewise wanting in not leafing the Vines well, for as the Soil is Rich, they shoot forth Wood and Leaves in such great abundance, that the Sun is not able to penetrate to the Grapes.’

Fast-forward 320 years to Cape Wine 2018 and it’s safe to say that most South African winegrowers have a handle on their soils and vineyard practices, are planting grape varieties more ‘agreeable’ to local conditions, and are producing wines that are neither ‘green’ nor ‘earthy’.

From old vines to young guns, the Cape Wine programme this week seems to offer something for everyone, and I for one can’t wait to hear what all the foreign visitors think.