Letter to the editor: Why have SA wines not succeeded more in the US market? 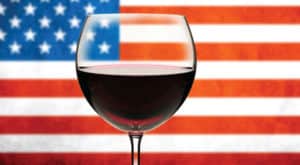 The following received via email from Simon Shear, who is a writer, editor and “recovering entrepreneur” based in Johannesburg:

As the authors of an interesting new study point out, there are a handful of local brands that manage to crack the US market, and those select few do well.

But it’s a relatively small number. Consumers can expect to see the same few familiar SA labels on their shelves, at liquor stores and boutiques across America.

Local producers who have failed to crack America may be asking themselves what they’ve been doing wrong.

Is it a question of quality? That seems unlikely, given the volume of exports to other countries. Surely British and German consumers, who have exhibited a taste for the Cape’s finest, are at least as discerning as their US counterparts.

Perhaps it’s simply a matter of stylistic preference – the cliché of the American palate attuned to Big Macs and sweet merlot.

That notion is belied by the fact that many of the brands that have successfully entered the US market – the authors mention Secateurs, Chocolate Block, Goats do Roam and the wines of Mulderbosch – are exactly the kinds of wines one would have expected to do well in an advanced consumer market: fairly sophisticated yet accessible, offering an excellent QPR and made in sufficiently large volumes.

So why these wines and not others?

In fact, the authors suggest, the success or failure of South African wines on the US market has less to do with the inherent characteristics of local winemaking and almost everything to do with the structure of the US liquor industry.

Writing in Contexts, a US magazine spotlighting current sociological research, William Finlay and Kavi Pandian argue that the success or failure of SA producers is all about being lucky enough to secure the right importer.

In accordance with the US “three-tier system”, which regulates the sale of alcohol, producers or importers can’t sell directly to retailers. Instead, they must sell to distributors, which in turn sell to retailers.

This has produced a decentralised market, with a proliferation of standalone stores, rather than a concentration of wine sales to large supermarkets with massive buying power, as in Europe.

That may sound like a recipe for the independent producers to flourish, but it also means that top distributors have significant leverage in terms of which wines to push to retailers. That can be a problem for importers trying to get their new brands on shelves, as the distributors’ reps, who earn on volume, often have little incentive to push new unknown wines to their retail contacts.

Indeed, as the authors note:

“Importers often make the mistake of assuming that a distribution agreement with a major distributor will ensure that their wines reach a broad array of retailers. As one unsuccessful importer noted, these ties can be the “kiss of death” for SA wines, because there is little incentive for reps to push them.”

In an ironic twist, not only does choosing an importer with a deep passion for South African wine not guarantee a successful US presence, doing so is negatively correlated with success.

That’s because South African specialist importers may hope that quality, price and passion will be enough to differentiate their portfolio in a crowded market. In fact, given the structural realities of the market, a wine will only feature on store shelves if the importer has sufficient leverage over distributors to compel them to in turn push those products to retailers.

Larger importers with prestigious portfolios and an effective staff component have more leverage over distributors to push the SA wines in their portfolio. As one importer colourfully describes the very successful Vineyard Brands: “Because of that big portfolio and some of the great brands that they carry, they have a very big stick to beat the distributors and the retailers into picking up … some of these brands.”

In more sociological terms, “it turns out that expertise and knowledge are far less important than organisational capital.”

The upshot is that the most successful South African wines in the US market are the ones made by producers who were lucky enough to sign up with the right importer.

Interestingly, the article notes that importers with successful South African portfolios are wary of adding new producers because of opposition from the existing SA winemakers in their portfolio, who, not unreasonably, see the US market as a winner-takes-all scenario.

What is to be done? The authors point out that the influence of big money in US state politics means the three-tier system is unlikely to change any time soon. It’s just another weird artifact of our globalised economy: a well-heeled lobbyist in Montgomery, Alabama can affect the livelihood of an independent winemaker in Stellenbosch.