Michael Fridjhon: A plea for a broad and diverse approach to wine tasting 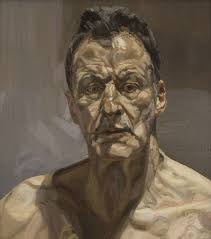 There is no universal aesthetic when it comes to matters of taste: even within a single medium – like painting – there are many different genres, and within each genre multiple opinions about the approaches used by artists, as well as the techniques they apply. Painters occasionally adopt one style and work with it for years, before moving away from it entirely to a totally different way of putting paint to canvas. Lucien Freud made his name with a neat, precise linear technique. Then, as he approached the 4th decade of his life he began applying paint in a thick impasto sculptural kind of way – and continued to do so for the next fifty years of his life.

Why should winemakers be any different? I’m not talking here about those whose task in life is to extract maximum revenue from often ordinary grapes, using whatever modern technology has made available to them. They play an important role in keeping the beverage wine market at affordable levels, but they are no more likely to produce great wine than domestic house-painters render scenes from the Sistine Chapel on your dining-room ceiling.

Once you have excluded all the industrial wine from the equation, that is to say wine made to meet the expectations of the market at a particular price point, you arrive at a class of wine which might arguably be termed the result of artistic intention. Here the winemaker approaches the enterprise the way a painter approaches a canvas: a choice of subject, a choice of medium, a choice of execution. In winemaking terms this means not only selecting the variety, but specifically deciding on a specific vineyard. Every decision from this point onwards involves an aesthetic calculation: when to harvest, whether or not to macerate, reductive or oxidative fruit handling, what yeast (if any), wood (new, old, size of barrel), whether to blend, when to bottle, and what bottling protocols to apply.

The moment you accept that fine wine is the result of artistic intention, you also have to accept that what lands up in your glass is what the winemaker intended you to taste (assuming nothing went wrong in the process). When you engage with a work of art, in a way you engage with the aesthetic/creative mind of the artist. If the product is palpably defective (in the case of a novel, the meaning might be incoherent or the continuity flawed, with wine it might be corked or out of condition) you have no choice but to give up on it. If it isn’t – in other words, it is a sound artefact of the artist’s avowed purpose – then the least you owe it is an engagement on its own terms. If you are listening to chamber music, there’s no point in judging the piece or the performance as if it were a symphony or a pop concert. By the same token, it’s possible to judge a fine wine that you don’t happen to like as generously as one you do: you may not like Renaissance sculpture but this shouldn’t compromise your appreciation of Donatello’s David.

So why is it that so many critics – at least in South Africa – are less inclined to reward with high scores wines which have been made with perfection and polish as part of the aesthetic criteria? Why is it that the more textured examples score higher than the more seamless ones? There’s no secret to this, and thoughtful panel chairs at blind tastings have to remind their judges that plush, velvety tannins are not actually a fault. I have heard tasters complain that the flavours are too intense, the wines too well-made.

It is possible to argue that sometimes – a bit like a perfectly constructed secret door in a panelled wall – overly polished wines don’t leave an entry point for the palate: they slide around in your mouth and you can’t “chew’ your way into the less superficial layers. This isn’t – or at least it shouldn’t be – the fault of the producer. It simply requires more effort from the taster. Not to make that effort would be like looking at the panelling which has been put together so well that you can’t find the access point, and then blaming the craftsman who created it in the first place.

I suspect however that the main reason these “perfectly made” wines are out of favour with critics relates to aesthetic prejudice – and hence the concern that they may be driven by a lack of impartiality when it comes to the genre. Mostly these wines are produced on high-end, high-tech estates, the South African equivalent of the great Bordeaux chateaux. No one can dispute the investment which goes into their production:  not only do the cellars have the latest technology, but the viticulure makes use of satellite images and normalised difference vegetation index maps (NDVI) to ensure that the harvest really is at optimum ripeness.

In an age where hipster and geek is more fashionable than no-expense-spared quality (a result of “narrative luxury” usurping “checklist luxury”) punters are willing to be led by critics down the long and winding track towards the craft destination when there is an equally valid (and more easily measured) route which leads to a different kind of fine wine. Neither is necessarily better: an Edward Hopper is not “better” than a Jasper Johns. All other things being equal (especially budgets), the inverted snobbery of low input cost craft is a choice, like staying in a fun B&B rather than at a far grander Relais & Chateaux establishment. What we mustn’t do is fall into the trap of assuming there isn’t an element of fashion to both aesthetics. The more eclectic we allow our taste to be, the wider the world of enjoyment we can access.

Distell's decision to ditch its newly created premium wine business, Libertas Estates and Vineyards (LV&E), did not come as a surprise to many of the old hands in the industry...

Michael Fridjhon: Are there any limits to the growth of small-scale wine brands in SA?

There are 550 production cellars in South Africa, of which half crush 100 tons or less. Assuming these smaller cellars sell no bulk and bottle their entire production, this means...