Michael Fridjhon: Does a wine’s age-worthiness go towards investment potential? 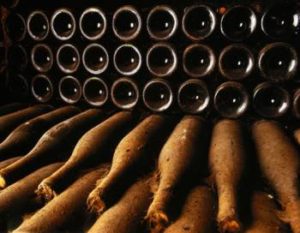 In wine geek circles the discussion around investment wines continues unabated. Linked to this – for obvious reasons – is the question of age-ability. If a wine is to be kept long enough to appreciate meaningfully in the hands of a speculator, it will need more than a few years of life in it. This is a subject that most critics and commentators engage in at one stage or another – and it is never going to vanish, not as long as producers are seeking a more premium positioning for their brand, or simply more money (admittedly for more effort) from their property.

Curiously, it’s not necessarily front-of-mind for most wine drinkers: even those with relatively vast amounts of disposable income are not looking to be conned into new ways to pay more for the same beverage. They accept (most of them quite naively) that if they want better wine they need to pay more for it. But is this necessarily true, and does more money always buy you better wine? Given that most aesthetic criteria are pretty subjective, there’s no definitive answer to this question. There’s a fair amount of research which suggests that in blind tasting situations both consumers and judges often prefer less pricey examples within a given class. It’s also evident that many of the strategies used to justify higher pricing are counter-productive in judging environments – but very successful when identified correctly by the target market. Wine judges may lament excessive use of wood, but if you’re expecting well-heeled wine-drinkers to drop R3k – R5k per bottle, you need to meet the expectation of plushness, richness and marzipan-infused oakiness.

However all this begs the question of what the average domestic wine drinker (the hypothetical “man on the number 10 bus”) would want from his fairy godmother at Christmas. It seems a safe bet that for most of the people who keep the wine industry afloat, better wine at a lower price point would be way more desirable than slower-evolving wine at a much higher ticket. With 56% of all SA white wines and around 50% of all reds retailing at R40 or less, the bulk of the market is not looking for an excuse to double its per litre spend. Something softer, more accessible and less evanescent at the same price – or hopefully, for a few bucks less – is more likely to be on the wish list for Santa.

It may be that the market divides neatly into wine drinkers (for whom more for less is vitally important, especially in tough times) and commentators, producers and speculators (none of whom are really drinking great volumes of the wines they write about, sell or trade.) In this event, the debate about age-worthiness and investment potential of wines is largely irrelevant – since those who are engaging in it are not spending enough money on it to justify its existence. This, I suspect, is why every time the theme is aired in South Africa it dies stillborn. As a nation we do not have enough buyers and consumers to give momentum to a speculative trading environment. The real debate is between producers and critics, and it is followed – to the extent that it pops up in public discourse – by wine geeks who may attend trade shows, symposiums and wine club tastings but who do not themselves spend the R500 to R1500 per bottle that seems to be the price range of the current discussion.

We are not (yet) a nation of wine snobs: the acceptable price-point in the average fine wine-drinker’s spend reflects budgetary rather than status criteria: choose what you intend to spend first, and then seek the brand that satisfies your self-image within the range, appears to be the discernible pattern. Unlike, for example Hong Kong, where there is a Louis Vuitton outlet in almost every upmarket mall, we do not have enough buyers demanding status before value – and which is why outlets stocking the big international brands are so thin on the ground. This is not about currency weakness – because often our prestige wine brands cost more than comparable imports – it’s about what drives the consumer. If producers want to build this kind of market, they need to do so beyond our borders – where our best wines often represent great value, compared with the international icons. The same effort invested in South Africa won’t be enough to change a canny, if somewhat parsimonious, local culture.