Michael Fridjhon: How to fix Merlot

In the 1960s European and American electricity providers replaced coal-fired power stations with “clean” nuclear facilities. Fifty years later, the swing of the pendulum has made atomic the dirtiest source in town. Addressing the WineLand seminar in late July, the Wine Cellar’s Roland Peens exhorted the industry to grub up its merlot vineyards and replace them with cinsault. Forty years before, the parents of Peens’s audience had been told to replace their cinsault vineyards with merlot. While the issues at stake are not of the same order of magnitude, it’s worth asking whether the current opprobrium in which merlot finds itself in the wine geek community is simply a matter of fashion, or whether there’s something more at stake. 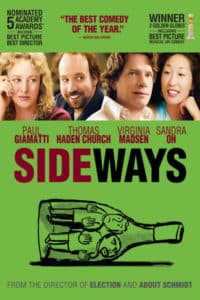 “Sideways” – the American wine buff rite-of-passage movie from a decade ago – did for merlot what Doris Day did for a generation of American women: the caricature became the fact and the abiding impression was two dimensional and unpalatable. No serious male wants a coquet and no serious woman wants to be one. The Doris Day routine has long fallen from favour. However, merlot continues to appeal to wine drinkers who prefer the vinous equivalent of a 1960s air hostess to anything more engaging and demanding.

Soft, supple and simple are the terms applied to the ideal vision of commercial merlot and no one seriously imagines that anything more complex can be expected of the grape. There’s no point in suggesting that merlot does a pretty neat job at Chateau Petrus (“the exception always proves the rule”). It seems that in the world of serious aspirational wine, the variety (if not the bed-partner) should at least be intellectually challenging.

So here are the questions: notwithstanding its success in Pomerol, is merlot intrinsically incapable of delivering the goods, are our vineyards to blame, or does the problem lie with our winemakers (or a combo of the last two)? To deal with the first of these points – I think it’s fair to argue that even in Pomerol merlot does not often yield the kind of wine that the current generation of rockstar/young gun winemakers are seeking. It gives polish and plushness, opulence and elegance, texture and concentration. It’s not big on nuance and detail, and there’s not a lot of intricacy that needs to be decoded.

However, in South Africa we’re not seeing much in the way of Bordeaux Right Bank examples. What we’re getting instead is pretty much the opposite: thin, mean, weedy and herbal, alongside which a Giacometti bronze would be voluptuous and a cup of Darjeeling tea a double-thick malt. The line-up at this year’s Nederburg auction confirms that the selection panel did not happen upon South Africa’s answer to Le Pin. The Nederburg Bin 181 was the best of a bad bunch (the vinous equivalent of the prettiest girl in Istanbul).

There are several theories which set out to explain why it is so unsatisfactory: one is that the predominance of our plantings are from an Italian clone more highly regarded for its yields than for its quality. The other is that many of the vineyards were incorrectly sited. There is truth to both of these: improved clonal selections certainly account for the better performance of merlot in the Vilafonté Series “M” though it’s clear that’s there’s far more to the success of the wine than this. Phil Freese, the viticulturist in the Vilafonté partnership, designed and planted the first Opus One vineyards for the Mondavi-Philippe de Rothschild joint venture. When it came to laying out the Vilafonté property, he fitted the clone and rootstock to specific sites within the estate, arguing that if you really talk about “making wine in the vineyard” you need to get “the vineyard design correct from site selection, clone and rootstocks, soil preparation, vine spacing, etc. etc. To get the strategic design and decisions correct it means one has to have clear and well developed vision of the wine outcome being sought and then work with the characteristics of the site to provide a vineyard that does not require a lot of ‘tactical’ fiddling to get it right year-on-year.”

Morgenster and Bein have also both enjoyed a degree of success with their merlots, though neither would argue that they approached their plantings in quite the same way as Vilafonté. They have managed to make use of the so-called Italian clones (MO12 and MO192) – amongst others – and both have Richter rootstocks. Bein started with 110 but has been unhappy with 101-14 (which has been the choice at Vilafonté), so he is now moving to US8-7. Henry Kotze at Morgenster is happy with Richter 110. What all three share in common is that they either don’t have any virus in their vineyards, or they are systematically removing diseased vines and are only using fruit from clean material in their top wines.

All this suggests that much of what is wrong with Cape merlot is exactly what is wrong with so many of our red wines, but that it’s more obvious with the merlot because the end result differs so much from the expectation. The fault may well be clonal, and there’s no doubt that many of the vineyards have been poorly sited and thoughtlessly planted. But the real problem is also good, old-fashioned vineyard virus, which retards the ripening process, leaving the fruit phenolically under-ripe (yet alcoholic) as the vines stress and the grapes dehydrate pushing up the sugar levels. No wonder so many of them taste gawky and graceless. Just for once let’s not blame the problem on apartheid, Nkandla, labour regulations or exchange rates. The fault, as Cassius might have said, is not in our stars but in ourselves. We need virus-free vineyards (properly sited, correctly planted and with clonal material matched to rootstock and to soil). To obtain this, we will need to grub up the vineyards. We won’t necessarily need to replant with cinsault.