Michael Fridjhon: If SA wine rates so high, why is our market share not increasing? 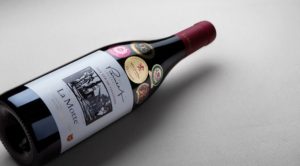 Cape wine – or to be more accurate – the rarefied end of the country’s fine wine spectrum has been getting a great press lately. Most of the big name international critics – Jancis Robinson, Neal Martin, Tim Atkin (to name but a few) talk of the current releases from the mainly craft-driven cellars in glowing terms. Neal Martin – who covers South Africa for eRobert Parker has actually described South Africa as “the most exciting New World country on the scene at present.” Given how long it has taken for the wine industry to put behind it the damage caused to its image by exports of sanctions-era junk in the years following the 1994 election, it’s no surprise that producers have embraced this message with an enthusiasm which verges on the indecent.

Celebrating the successes of our winemakers without a note of caution about the role that fashion as well as the agenda of the critics plays in the national success would be as dangerous as encouraging a talented but inexperienced teenager to enter Idols. We’re doing a lot of things correctly, we have wines which over-deliver in terms of value, certain brands and cuvées offer just the right balance between charm, craft and rarity, but we’re probably not yet ready – as an industry – to step onto the vinous equivalent of the stage at the Met.

Complicating things further for us is the ongoing devaluation of the 100 point system. The old adage about Parker’s ratings (the retailer who said many years ago that anything scoring over 90 you can’t buy and anything under 90 you can’t sell) has shifted by at least 5 points. Nowadays the American 100 point system – insofar as it rates really good wine – begins at 95 with most desirable trophies bunching in the 98+ bracket. Only near-perfect/perfect (ie 99/100 point) scores are newsworthy. No one seriously reports on a 92 or 93. Critics are obviously to blame for this “currency” inflation: they are fighting for share in an over-traded market. The higher their scores, the more their names and ratings are likely to be publicised by the wineries and their PR machines.

In short, while our wines have improved across the board, and the “unobtainable” cuvées (whose rarity adds cachet to the critic’s own brand) are enjoying more international attention than ever before, we need to be careful about treating these over-effusive ratings as if they are gospel. We know we are not about to supplant California or Burgundy on the world wine stage. We need to be prudent about how much we believe of the hype: score devaluation means that we are attributing too much value to the ratings in the early 90s, while the pursuit (by critics and their followers) of small production batches that people talk about but never taste further skews “reality.”

Pride, we have been told by our puritanical ancestors, comes before a fall – a message which no doubt owed much of its resonance to the fear of the evil eye. The rather more modern “How do you make God laugh? “ – “Tell Him your plans” draws on the same trepidation of provoking karmic catastrophe. However, even before pride, perhaps we should fear smugness and complacency, elements of the same deadly sin.

This is the danger which now lurks in our sudden arrival on the radar (and computer) screens of the international wine press. We so badly want to believe that the patchy past is behind us that we’re not treating our newly arrived popularity with a pinch of cynicism. We’re only looking at the evidence which appeals to us, and we’re disregarding (or rationalising) conflicting information. We’re losing market share in Britain – just about our most important market, even if it isn’t our most lucrative. We can’t just dismiss the UK on the grounds that it is dominated by the supermarkets and the multiples who have conspired to keep our average price point way below that of New Zealand (for example). The UK is the home base of the critics we like to quote, the ones whose ratings we have come to believe. If we can’t really lift our average selling prices in the market where we are getting our best press we should be less gullible when it comes to buying into the reviews.

In fact, more importantly, we need to be interrogating this anomaly, rather than risking complacency over a bunch of pretty scores. Why, despite the softest Rand exchange rate ever, is our share of the UK market diminishing at exactly the time that we’re getting our best reviews in the British media? What is standing in the way of our converting a positive press into increased sales and greater revenues? Either our marketing efforts have been mis-directed or the punters don’t read (or don’t believe) even the most credible critics. (If the latter, perhaps they too have become inured to meaningless high scores).

Either way, it’s clear that there’s plenty more hard work to be done. We’re certainly not transforming critical success into enhanced visibility in the places where it counts. The supermarket buyers are not so much arbiters or gate-keepers as the incarnation of their customers’ beliefs. If British consumers really loved our wines, they’d be asking for them and showing a willingness to pay more for the top examples. They aren’t – and we need to register this and what it means. The first stop on the bus-ride to reality is where you leave behind your illusions.