A recent Twitter debate around the upward movement of wine scores (elsewhere called “score inflation” – though really it’s about currency devaluation) is much more important than a mere squabble between ratings agencies. Not all that long ago there were several scoring systems, from the five star rating arrangement of the Hugh Johnson and John Platter Guides, via the 20 point system – still used by The World of Fine Wine (WFW) and Jancis Robinson – through to the 100 point system popularised by Robert Parker and The Wine Spectator. There’s no doubt that this last-mentioned method of calibration now dominates the discussion, probably because it can be grasped by almost anyone who has been through school or university.

South Africa came late to the 100 point system, and it operates here in several different versions: the Old Mutual Trophy Wine Show (which I think was the first to go public in 2002) is a 50 point system where 50 to 60 is faulty, 60 to 70 “good commercial” 70 – 80 bronze medal, 80 – 90 silver medal and 90 and above gold. WineMag has a system closer to the international one, starting at 85 and working upwards (at present) to about 95. My Wine Wizard scoring set out with the Trophy Wine Show range but it has been amended and now has 83 as the bottom of the range and mid-90s as the present top (for young wines tasted blind). The site doesn’t carry many, if any, scores for older SA classics several of which would comfortably reach the second half of the 90s. I’ve also had more than a few wines – admittedly tasted sighted – where 100 points was the only possible score.

While proponents of the Five Star/20 point system argue that wine is too imprecise to be accorded the apparent distinctions of one hundredth of a point, anyone who thinks that any of the current systems deals much beyond a range of ten nuanced segments is delusional. These days the US/International system hardly looks at wines scoring 87 and below while the UK one (which accommodates half points) focuses on a range of 13.5 to 19.5. Those who still cling to the 5 star system, with its half star steps, are in much the same place. All these different calibrations could be converted to a ten point system (no half points), if the judges were happy to hand out zeroes and were willing to use the spread more evenly.

What this proves is that a one point change across any of the systems (100 point or 20 point) is pretty much the same thing. When Parker increases the average scores of all Cru Classe Bordeaux in a good current vintage by a point more than he did in a comparable vintage, the shift is not actually 1% but 10%. If, as I suspect, Tim Atkin’s SA report has overseen an upward shift of two points in the past couple of years, the actual effect is closer to 20%. (Then there’s the separate issue of calibration within a given system: about 10 years ago Cornell University conducted an in-depth study tracking the scores of three well-know US exponents of the 100 point system. It found a roughly five point average variance between Parker’s scores – at the top – and Tanzer’s at the bottom.)

When Parker launched The Wine Advocate together with his pioneering 100 point system, the lowest score on the scale was 50. I don’t remember many wines scoring under 75, but in the early days, most wines sat in the mid-80s. A retailer famously commented that anything that Parker scored under 90 he couldn’t sell, and anything over 90 he couldn’t buy (i.e. it was unobtainable). So 90 was the real threshold for very fine wine, and a few points above that constituted a real rarity. Incidentally, new releases were (and still are) pointed across a bracket (e.g. 89 – 91) – an acknowledgement that young wines do not lend themselves to definitive ratings.

Locally the same is true. Five years ago a score of over 90 suggested something exceptional. The latest Prescient Chardonnay Report issued by the team at WineMag rated 42 of the 91 wines 90 or more. This may be a response to Tim Atkin’s current SA country report where the previously stratospheric heights of 97 have now been scaled, and Atkin in turn may simply be dealing with the reality – as I have done by amending the Wine Wizard scale – that higher scores are an essential part of the engagement between producer, consumer and critic. It has been argued – and never seriously disputed – that if critics wish to have relevance (and income from the sale of their reports) they need the producers to re-cycle their scores – and producers are hardly likely to get enthusiastic about a score in the 80s if 90 is the threshold for a fine wine. Since it appears that 90 is really not of much interest any more, the centre of gravity for top scoring wines has moved to around 93/95. 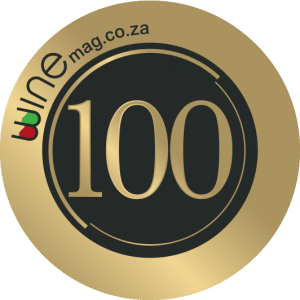 It’s easy to predict where this will go in the next few years: the Everest of 96 or 97 will become a small koppie and only 98 or 99 will do. Then there will be the first 100 point Cape wine and anyone who suggests that the currency has been devalued will be accused of cultural cringe. Then one of the high scoring critics will do as Parker did of the 2009 Bordeaux vintage and express regret at having been so generous in the past, because now – to be ‘fair’ – scores should be in the 100+ bracket, and then 100 – 105, and so on. For a while the punters will believe them – until they notice that it’s still the same old 10 point system and that next year’s wines will be higher scoring, in line with their higher prices, and the treasures from a few years ago have somehow become less valuable.

No one disputes the massive improvement in our wines – and so there should be many in the high 80s and some in the first half of the 90s. However, when almost 50% of the chardonnays judged recently by the WineMag team garnered 90 or above, when international critics edge current releases closer and closer to 100, we need to acknowledge that the value of the scores, like the value of our currency, is hovering around junk status.