Michael Fridjhon: Why SA grape growers have to get more money 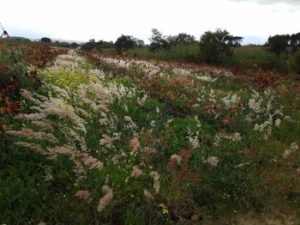 In an article published earlier in the week on Daily Maverick , industry commentator Michael Fridjhon argues that “the proceeds of unequal deal-making are as addictive as other forms of corruption” and that  “in this food chain [SA wine production], the retailers and the big brand owners dine best, and they are addicted to the “subsidy” they have engineered into the system. The grape growers on the other hand are the bottom feeders and they must make do with whatever crumbs fall from above (even if, in the end, this means that they will die out, bringing down with them the whole grand edifice.) ”

The consequence is “the attrition has been dramatic and shows no signs of letting up. At present we are losing 1% of the national vineyard annually. Rather more important, we are losing older, lower yielding vines for more productive (but with a lower quality potential) new plantings. In the past 10 years the net vineyard loss has been 5,000 hectares while the total literage produced has actually increased by about 5%.”

He concludes by saying “When all we have are vast tracts of vineyards laid out alongside the Orange River, there will be nothing left to remind us that we were once one of the world’s great wine producing nations.”