Never giving up on Pinotage

Pinotage being a cross between Pinot Noir and Cinsault, it is always curious to me that it is typically the former rather than the latter that gets called to mind when the grape is under discussion. Winemakers that work with the variety, and indeed its proponents in general, often insist that wines from this variety can be very “Burgundian” while detractors ask why it can’t be more like this.

If “Burgundian” is shorthand for “elegant and refined”, then claiming that this is what defines Pinotage seems wrongheaded. If Kanonkop Black Label is the acme of the variety, and it’s difficult to argue otherwise, it’s certainly not underdone, whatever else you might say about it. Similarly, wines like Beyerskloof Diesel, Kaapzicht Steytler and Rijk’s Reserve, to name three other prominent examples, have never been exaggeratedly shy.

To elevate Pinotage’s Pinot Noir “parentage” above that of Cinsault also doesn’t make sense when Cinsault is currently making some of South Africa’s most exciting and, yes, elegant wines. Think Pofadder from Sadie Family Wines, Geronimo from Van Loggerenberg and Rall for starters but the list goes on…

The problem with Pinotage is the template which is most commercially successful at the top end and, it could be argued, typically most rewarded by the well-established Absa Top 10 competition is wines that are bigger, darker and thicker, precisely at a time when opinion-makers are in love with fresher, brighter wines.

The thought of a wine-producing country having a signature grape variety might be fraught but if it were to be anything, then Pinotage must be in with a shout. Unfortunately, the debate around the variety has pretty much gone cold, and consequently, the category is stagnating.

Wines that I believe demonstrate that Pinotage need not become stuck in a rut and can be pushed in a more contemporary direction include B Vintners Liberté, David & Nadia Topography, Eikendal, Longridge, Radford Dale Frankenstein, Southern Right and both the 1900 and Elgin bottlings from Spioenkop.

Right now, Longridge is a particularly interesting case study. Jasper Raats, current managing director, relates that a condition of him taking permanent employment in 2011 was that he be allowed to move Pinotage in a more elegant direction even though the property had a strong following for the variety. He relates that their Dutch importer, an important customer until then, threatened to cease purchase unless there was a return to the old, bolder style resulting in “a nervous couple of months” but then a few positive reviews were forthcoming and the new style has become “a huge success story”.

It subsequently dawned on Raats that even though South Africa is the home of Pinotage, there remain precious few ultra-premium examples of the variety – Black Label 2017 from Kanonkop sells for R1 850 a bottle and the somewhat unsung Ashbourne 2017 for R750 and then there’s not much else. 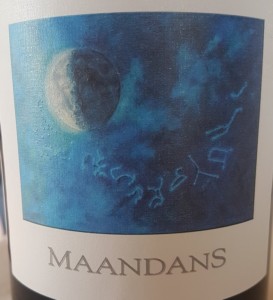 Shooting for the stars.

Enter Maandans 2017 from Longridge, total production 1 100 bottles and selling for R1 200 a bottle. Grapes from a 45-year-old vineyard that is 0.87ha in size on the Helderberg property, vinfication involved spontaneous fermentation before maturation lasting 18 months in French oak, 50% new.

The nose is enticing with notes of red cherry, cranberry, raspberry and under-ripe plum plus some floral fragrance and herbs while the palate seduces with both its delicacy and intricacy – pure fruit, plenty of zip and fine, crunchy tannins (alcohol: 13%). It’s just about the antithesis of Black Label and properly re-iginites the Pinotage debate. Rating: 95/100.

Misterie is the second vintage of the top-end Merlot from Longridge in Stellenbosch and, once again, it demonstrates how challenging this variety is under local conditions. Matured for 24 months...

When Maandans 2017 from Longridge in Stellenbosch was released last year, it demonstrated that Pinotage doesn’t always have to trade off fruit power in order to impress but at R1 200...

I’m starting to think that life is a series of mishaps punctuated by good bottles of wine. It was approximately 01h00 this past Sunday when a green Jeep Wrangler hit...