On scores and tasting notes

I was unfortunately unable to attend the recent SA vs Rest of World Chardonnay tasting which took place at Lismore in Greyton recently (see here) but I gather that one point of discussion was whether or not a wine can be too precise or “pretty”. Put differently, does a wine need to have “scratches and dings” to be really interesting?

The difference between “ordinary” and “good” must in large part be determined by craft, both in the vineyard and the cellar, but I don’t think many wine lovers would disagree that truly great wines are those that move the drinker emotionally and these are not always technically perfect but rather depend on more intangible qualities like being “authentic” or “soulful”. 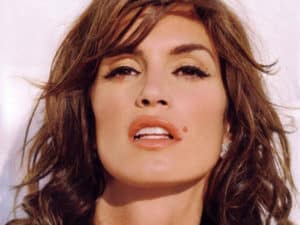 It’s often remarked by detractors of wine competitions is that they are no more than beauty contests but for me that’s precisely what they are – wine assessment ultimately involves making an aesthetic judgment, which is to say that past a certain point, those involved should be less concerned with determining what is or isn’t technically correct but rather with what is beautiful. Outright faults are unacceptable but a minor flaw can make a wine. It’s the Cindy Crawford’s mole theory – it’s not just that it’s there but it’s also perfectly positioned.

Which brings me to the matter of scores and tasting notes. Wine criticism exists as a consumer service, to fire the punter into purchase or not as the case may be. Scores matter (please let nobody argue again that they don’t) but they are merely a peg in the ground, the accompanying tasting note doing the job of positioning the wine in stylistic context or relative to past vintages and perhaps alluding to its evolutionary potential.

A good tasting note should be lengthy enough to do justice to the particular wine that the critic is reviewing but not too intricate and verbose as to strain credibility. It should also be logically coherent (metaphor is inevitable but dangerous – think no further than that loaded term “minerality”) and the enthusiasm or lack thereof expressed in writing should be commensurate to the score given numerically.

I suppose a tasting note by a suitably talented writer might approach art but that is not its foremost purpose. Rather, it is to convey a sensual experience and once coupled with a score, help the reader assess the achievement involved in the creation of the wine, and hence decide if it represents value relative to its asking price.

Too often, scores become disconnected from the original tasting note and therefore robbed of significance.  You might have two wines with the exact same score selling for more or less the same price but entailing radically different drinking experiences. If you don’t read the tasting note, you won’t know if you’re getting something pristine or a bit beat-up and arguably more fascinating because of it.

Some years ago I had an enjoyable email correspondence with a Californian named Ian Joseph who objected (unfairly, of course!) to a tasting note of mine as “bulls**t”. We had...

Forgive me for raising the old chestnut of wines scores but there’s been a lot of chatter around the subject just recently. Some in anticipation of Tim Atkins’ SA Report...